Cloud-based gaming is on the rise, and for a good reason. It doesn’t require costly hardware and frees you to play whenever and wherever you’d like. Let’s start with the basics. How does cloud-gaming work? Games are streamed from remote servers then accessed by your device via an app and internet connection.

Google Stadia is the most recent example of a platform allowing you to play AAA brands like Assassin’s Creed Odyssey without a disc or downloading tons of content. Just make sure your internet connection is dependable. Then there are platforms like Apple Arcade, which houses its exclusive catalog of games in the iCloud for players to download and play locally rather than stream.

With nearly 150 million people in the United States playing video games, it’s no wonder the gaming industry cleared over $38 billion stateside in 2020. Worldwide, the number of gamers has risen to nearly 2 billion, and revenues total over $152 billion.

Of that pie, cloud-based gaming is set to collect over $3 billion by 2023.

Game streaming services are on the rise due to the freedom of mobility and the lack of physical limitations they offer. Unfortunately, the high cost of creating and maintaining games means you’ll be hard-pressed to find many free services.  We’ll discuss the ten most popular services below.

Since cloud-based gaming hinges on streaming games via the internet, the strength of your connectivity makes all the difference. If you want to avoid game-crushing lagging, you’ll need to pay attention to the minimum requirements of your streaming platform. There are some generally recommended bandwidth requirements to keep in mind. Streaming games in 720p warrants speeds of 10 Mbps. For 1080p you’ll want to have at least 20 Mbps. And 35 Mbps is best for 4K resolution. The closer your proximity to the data center, the better — you’ll experience less lag. Services like Google Stadia have a tool that lets you check your internet speed to determine if it meets the minimum requirements.

Subscription services range from console extensions to cloud-based gaming apps. Consoles like the PlayStation 4 and Xbox One offer services for online play such as PlayStation Plus and Xbox Live Gold. In addition, both provide free games and cloud storage. PlayStation Now is PlayStation’s cloud-based streaming service. Xbox has a similar option in Xbox Game Pass, but instead of streaming games online, they’re downloaded. PS Now also lets you download select PS2 and PS4 games — expanding beyond purely cloud-based gaming. Then there are cloud-based services like Nvidia GeForce Now, which permits you to stream games purchased elsewhere (like Steam or UPlay) or through its own service. With Stadia, you buy games directly from Google’s servers, eliminating the need for third-party digital stores.

Services cater to a wide array of platforms consisting of consoles, Mac and PC mobile devices and smart TVs. For example, to play PlayStation Now you’ll need a PlayStation 4, or you can stream on your PC with the PS Now app. Similarly, Xbox Game Pass works with your Xbox console and your PC or Mac as long as you’re running Windows 10. However, Microsoft’s upcoming Project xCloud will allow your Xbox One to function as a server so you can stream your console’s library, along with Game Pass games, across your devices. PlayKey streams games to your Mac or PC from servers where you can either download full games or play content purchased through a digital store like Steam.

Understand the strength of your internet connection

Connectivity depends on your location. Do you live in a rural area or city locale? This plays a role in the strength of your internet connection. The closer you live to the server, the better. Stadia utilizes Google servers within the US, but PlayKey doesn’t have a server in North or South America. For PlayStation Now, you need an internet speed of 5-12Mbps for 720p, but 4K resolution on Stadia requires 35Mbps. If you live an area with less-than-stable internet, you may want to consider a service with low IS requirements or one with downloadable content like Apple Arcade.

Choose the service that works best with your devices

Do you already own Xbox One? If so, then you’re probably already familiar with its interface and functionality. The same goes for PlayStation and Apple owners. Certain services will make more sense with the hardware you own. Services vary in compatibility with devices. Apple Arcade only works with Apple products. Xbox Game Pass requires you to use the Windows 10 operating system. Shadow supports various devices, including Android, iOS, Mac, PC and Ubuntu.

There are several platforms that stream games purchased through various digital storefronts. Remotr streams any game that’s downloaded on your PC, Stadia has a selection of AAA brands in its limited catalog that Google’s currently beefing up and Jump possesses a library of indie favorites, like 88 Heroes, LIT and Nova-111. But if you’re more interested in online shooters like PUBG, then you should gravitate towards GeForce Now.

You may experience limitations with the data cap

Internet service providers enforce artificial restrictions on the amount of data transferred over their networks. This is known as a data cap. If you play on the highest settings, Google Stadia uses about 15.75 gigabytes per hour. Gamers who play a weekly average of 22 hours will use nearly 1.386TB each month. This would overwhelm even the most generous data caps.

Start by giving a free game streaming service a try

Until Google Stadia releases its free version sometime in 2020, there are other cloud-based streaming platforms you can turn to. But proceed with caution when considering free services. Remotr is a great free option that uses your host-PC as a server in place of a data center to stream games on your mobile device or another computer. The games it streams must come from your library, meaning they have to be downloaded by the host-PC. This is a great option for game parties where up to three friends can play simultaneously using phones and tablets as controllers.

As we move closer to 5G and internet connections continue to strengthen, cloud-based gaming will enter further into the mainstream. Ditching the boxy consoles, expensive hardware and frustrating updates for the freedom to stream games from remote data centers is appealing to a rising number of gamers. Beginners may want to start out with services like PlayStation Now or Jump to give streaming a try while avoiding the high expense of competitors. Microsoft’s soon-to-be-released xCloud should give Xbox fans plenty to anticipate. And Nvidia’s highly-anticipated GeForce Now should launch its public beta form sometime in the near future.

Zack Kulm is a writer and contributor of soda.com. He covers a variety of topics from entertainment and gaming technologies to pop culture commentary. Kulm received a degree in English from Penn State University and Film Studies from Pittsburgh Filmmakers Institute. He also produces award-winning documentaries.

E-waste: how to reduce your contribution to this growing problem 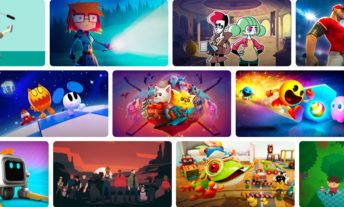