When it comes to sheer numbers, there are two absolute kings in music streaming. Spotify dominates internationally, and Apple Music is most popular in the United States. But they’re not the only music streaming options. Amazon Music is also coming on strong and may be the fastest-growing streaming service out there.

We’ll take a look inside to see whether Amazon’s streaming services stack up to the immensely popular Apple Music.

Apple Music and Amazon Music Unlimited cost the same amount, but it’s worth noting that existing Apple customers can get the plan for $100 a year—a $20 savings. Rumor has it that Amazon will be rolling out a free, ad-supported tier. There are also differences in free trial lengths. Apple Music offers three months, and Amazon only 30 days.

Apple Music boasts a library of 60 million songs, which puts it at the top of the game, and Amazon Unlimited is close behind with 50 million. Both services allow you to save and download tracks, and they both protect downloaded music.

Which streaming service has the right experience for you?

While Apple Music’s user experience is familiar and well thought out, you probably won’t have any complaints about Amazon Music’s desktop web interface or app either. Apple Music has an impressive range of exclusive content, whereas Amazon Music Unlimited comes out on top when it comes to sound quality. And it’s tough to argue against Amazon Prime Music if you’re already a Prime member.

Both Apple Music and Amazon Music Unlimited have mobile apps for iOS and Android as well as standalone apps for PCs and Macs. Both have web-based players that do well on your computer if you can’t install the app. Both sets of apps are easy enough to navigate.

Aesthetically, Apple Music features a clean white look, and Amazon Music uses a black background with easy-to-read track listings and various sort tabs. Both apps allow you to look at lyrics (if they’re available). Apple Music lets you search for music by lyrics, which is nice if you don’t know the title of a song.

Both Apple Music and Amazon Music Unlimited will work with just about any device, but here are some notable devices compatible with the services.

Apple Music apps work on any phone or computer, and the service is available on Amazon Echo, Apple TV, Apple Watch, FireTV and the HomePod.

Amazon Music Unlimited is compatible with pretty much everything. You can listen using Amazon Echo, Apple CarPlay, Android Auto, FireTV, Roku, Sonos and several other devices.

When it comes to personalizing your experience, Amazon Music Unlimited and Apple Music are quite similar. Both offer family plans, so multiple users can have custom accounts, tailor content to your preferences and offer plenty of control over settings and audio.

With Apple Music, you can control your audio settings in a roundabout way, whereas Amazon Music Unlimited offers little control, other than setting download quality, turning normalization on or off and controlling audio on an Echo device.

However, Amazon Music Unlimited offers lossless and HD audio—something to consider if you’re an audiophile.

When it comes to discovering new music, both services help you find tunes based on your preferences, but Apple Music’s algorithm offers a bit more sophistication. It also has handpicked playlists based on what you already love, editor-curated playlists and Beats 1 Radio exclusive programming.

Both apps let you integrate music you’ve downloaded from elsewhere into your experience alongside tracks you’re streaming from the service, which can come in handy if you have a lot of MP3s or rare music from elsewhere.

Apple Music has been best-in-class when it comes to securing exclusive content in the form of exclusives with major artists for a long time now.  They’re also looking to expand their lineup of exclusive podcasts, which will put them even further ahead of the curve. Amazon Music Unlimited doesn’t compare in this area (although they do have a few “originals”), and podcasts aren’t a part of the Amazon Music app ecosystem.

Both Apple Music and Amazon Music Unlimited are full of great features, but each has its small disadvantages. Apple Music’s interface has been called cluttered and confusing, there’s no free version and Apple’s FairPlay Protection on downloads can make things difficult to keep hold of your music if you change services. Amazon has similar protections on downloads and very little non-music content.  Amazon Music’s discovery platform has a long way to go as well, and there’s almost no exclusive music.

After all is said and done, Amazon Music Unlimited almost measures up to Apple Music. It’s a useful option if you’ve already bought a lot of music from Amazon and want a convenient way to play it, and it’s cheaper if you’re already a Prime member. If you’re already into the Apple ecosystem or are into discovering new music, you’re probably better off sticking with Apple Music. If you still can’t decide, try the free trials and make the decision that way.

Aaron Trumm has been writing, creating content, and producing media, online presences and music for 25 years.  He is the founder and head of NQuit Music, holds a master’s degree from Stanford University, and was once the 10th ranked slam poet in the world.  He’s written for publications like Recording Magazine, Linux Journal, Computer Music Magazine, and SonicScoop, to name a few. He also enjoys sports and fitness so much that he’s a certified personal trainer and often writes in that area as well. 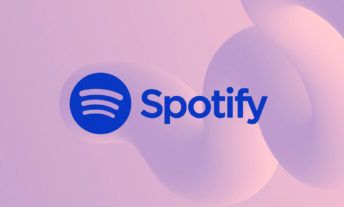 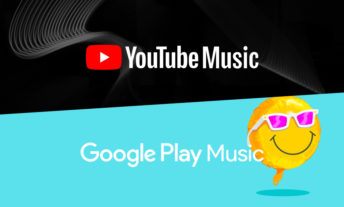