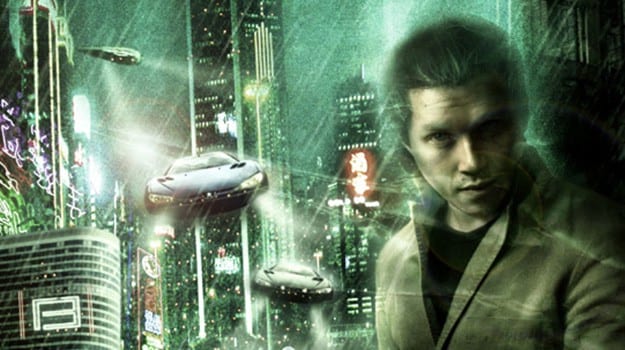 Netflix’s portfolio of original series if nothing if not diverse, ranging from the Machiavellian scheming of House of Cards to the surreal satire of BoJack Horseman. They’ve dipped their toes into the sci-fi genre with shows like Sense8, but they’re set to dive in headfirst with their Lost in Space reboot and Altered Carbon, based on the cyberpunk novel by Richard K. Morgan. Now Altered Carbon has announced a new castmate with the addition of The Killing‘s Kristin Lehman.

Altered Carbon is set in a dystopian 25th century where most humans’ memories are stored in devices along their spinal columns, allowing them to be “resleeved” into a new body if their original dies. The story follows Takeshi Kovacs (The Killing‘s Joel Kinnaman), formerly one of a group of elite soldiers known as “Envoys,” who is resleeved and tasked with solving a murder in a world where such an act has become a rarity. Kinnaman’s former Killing castmate, Lehman, will play Miriam Bancroft, the wife of a centuries-old fat cat named Laurens Bancroft (James Purefoy). Deadline describes Bancroft as:

…not just the striking beautiful trophy wife she appears to be. Miriam, having lived for 250 years, will do anything including playing to people’s desires in order to survive another 1,000 years.

Altered Carbon won author Richard K. Morgan a Philip K. Dick Award for Best Novel after its publication in 2002. The Netflix series was first announced this past January, with Laeta Kalogridis (Shutter Island) writing and executive producing the show. The first episode of the 10-episode first season will be directed by Miguel Sapochnik (Game of Thrones).

With a solid lineup of core talent, an intriguing premise, and a fascinating world to explore, Netflix’s Altered Carbon could easily become a pop-culture phenomenon like Stranger Things or the Marvel shows. There’s no official release date as of yet, but we’re guessing the earliest we might see Altered Carbon will be late 2017.