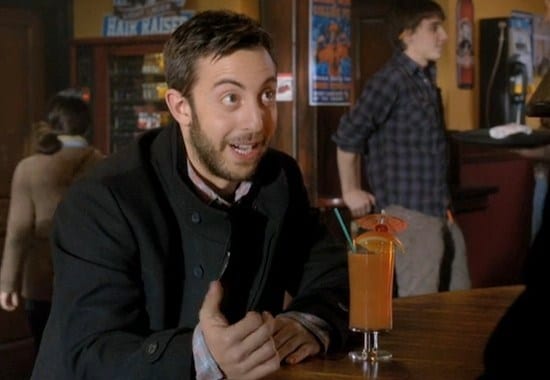 Amazon Prime subscribers should have high expectations for the upcoming pot comedy Budding Prospects. Set in 1983 San Francisco and directed by Bad Santa‘s Terry Zwigoff, Budding Prospects follows three friends who head to the countryside to start growing mary jane. Needless to say, things don’t go as smoothly as they’d hoped, and they’re soon faced with problems bigger than a case of the munchies. Now Veronica Mars/Supernatural actor Adam Rose has joined the cast, filling out the core trio of characters alongside Joel David Moore and Will Sasso.

Budding Prospects is based on the 1984 novel by T.C. Boyle, and the pilot screenplay was written by Melissa Axelrod. (A former assistant to Zwigoff on Bad Santa, this is her first produced writing credit according to IMDb.) Rose will play Felix, whom Deadline describes as “a lovelorn romantic who is sensitive, brooding, vulnerable and ruefully self-aware but also likable and compelling.” Along with his friends Phil (Moore) and Gesh (Sasso), Felix decides to attend a very special “summer camp,” where arts and crafts has been replaced smoke and hash. Unfortunately, the reality of “summer camp” proves to a ramshackle vermin pit, and their illegal activities put them squarely at odds with both the locals and the long arm of the law.

In addition to Veronica Mars and Supernatural, Rose’s resume includes appearances on iZombie, Weeds, and in films such as The Bounty Hunter and Up in the Air. Viewers might recognize Joel David Moore from James Cameron’s Avatar, as well as recent appearances on both Bones and Forever. Will Sasso first became a familiar face during his long stint on MADtv, although he’s been racking up film and TV credits since the early 1990s. (Hello, Sliders!) More recently, he’s turned up in Showtime’s Shameless, FX’s Justified, and will appear in Super Troopers 2, which is currently filming.

Stoner/pot comedies can — like the substance at their heart — be either a really good time or a drag, but Budding Prospects has some rock-solid talent involved with both its cast and its director. Let’s hope the final product won’t harsh our buzz.