Lucille Ball was one of the most talented and influential comediennes of the 20th century. Even if all she ever gave the world was I Love Lucy, her impact on pop culture history would be assured. But given that that was just one sliver of a long career that also included producing the original Star Trek series through her Desilu Productions, Ball’s legacy simply can’t be overstated. Now Amazon Studios will be celebrating that legacy with a new biopic film.

E! says that Cate Blanchett (Thor: Ragnarok) will star in Luci and Desi as TV legend Lucille Ball. West Wing creator Aaron Sorkin wrote the screenplay, so we can presumably expect lots of people talking quickly while walking down hallways. Luci and Desi will also have the stamp of authenticity, with Ball and Desi Arnaz’s children, Lucie Arnaz and Desi Arnaz Jr., serving as producers on the film. 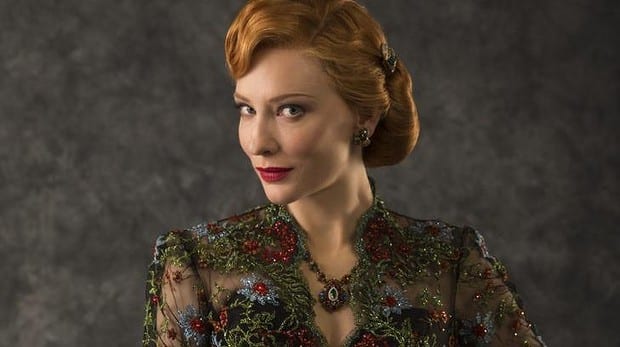 Blanchett should make a dynamite Lucy — it’s the sort of roll I can see her vanishing into, and you can practically smell the Oscar nominations from here. It should also be an interesting chance to dive deeper into an American icon most people don’t know that much about beyond her celebrated I Love Lucy persona. Sorkin certainly knows his way around a biopic, having previously penned the scripts for Steve Jobs and The Social Network. (On top of a resume that also includes The West Wing, The Newsroom, and A Few Good Men.)

This is the second big biopic Amazon has added to its roster of upcoming originals in recent weeks. They’ve also got Linda and Monica in the pipeline, based on the friendship between Linda Tripp and Monica Lewinsky.

And if this story has left you craving some vintage Lucy, Amazon Prime subscribers can currently stream a selection of the best episodes from her beloved sitcom, I Love Lucy, right here. It might not be the full series, but it’s better than nothing.