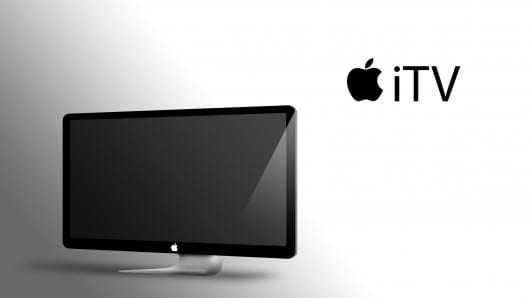 If the Apple TV set-top box is great, a dedicated Apple television set would be incredible.

So says analyst Cyrus Mewawalla, head of TMT thematic research at CM Research. Mewawalla said Apple could “run the entire pay TV market” if it releases compelling television hardware and software that could take on cable giants like Comcast and Charter.

“TV today is still old fashioned,” he told CNBC. “About 90 percent of it still comes from old fashioned technologies like cable, satellite and terrestrial TV. And apps like Netflix are doing so well because they have no competition, they’re just competing with other apps like Amazon and so on.

“If Apple can produce what we call a pure internet TV, that is an operating system which sees what the viewer is watching, then that transforms everything. Then suddenly Netflix is competing against an entire TV built ecosystem rather than just other apps.”

Mewawalla’s comments come at a time when the FCC is working to open up cable boxes, a potential huge win for consumers and cord cutters. The new rule would de-couple cable subscriptions from cable set-top boxes, opening the door for cable and satellite subscribers to access and watch their cable content on any set-top box of their choice.

But a company like Apple could pounce on this opportunity. Imagine a TV with a similar operating system to that of the latest generation Apple TV’s tvOS. You could potentially plug in a cable card or verify some sort of streaming service (that, of course, you would pay for) that would unlock apps (channels) to watch live and on-demand.

Some networks, including Disney (ABC), CBS and Viacom oppose the plan, saying it could destroy a “major source of revenue for cable companies, TV networks and the studios producing their shows,” The Verge reports.