Bill Nye is Back to Save the World on Netflix 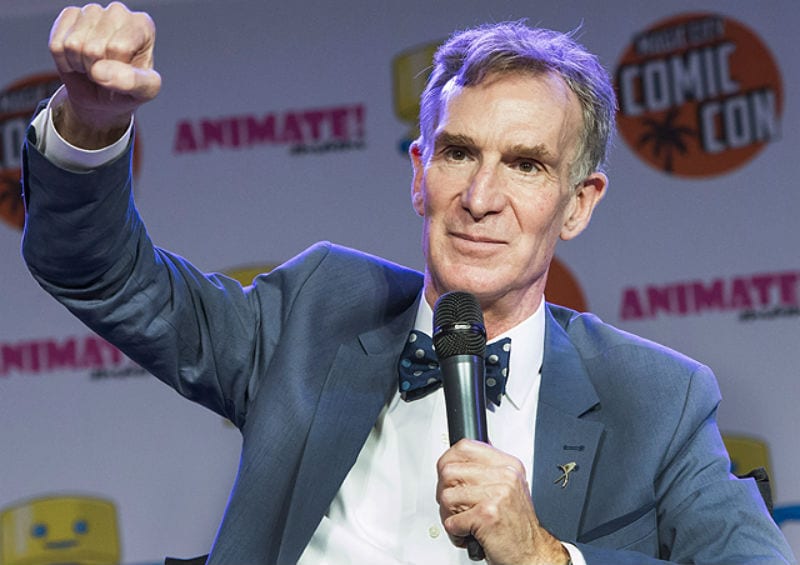 Netflix made a statement when it launched its new science-based talk show Bill Nye Saves the World. The Netflix press release announcing the show said each episode will examine controversial topics “from a scientific point of view, dispelling myths, and refuting anti-scientific claims that may be espoused by politicians, religious leaders or titans of industry.” Even the title speaks volumes about Bill Nye and Netflix’s aim for the show, and it’s a much-needed dose of positivity on a normally doom-and-gloom subject.

Bill Nye won an Emmy for his work on Bill Nye the Science Guy, a children’s educational series in which Nye demonstrated and learned about different scientific topics in an entertaining, often eccentric way. This recent incarnation of Bill Nye is aimed at adults, not children, and will be in a talk show format, featuring celebrity and expert guests. The trailer shows guests such as Zach Braff, Tim Gunn, Wil Wheaton, and Joel McHale join Nye to discuss how science can be used to resolve many of today’s conflicts which stem from various groups challenging the legitimacy of science. The show will discuss science topics ripped from today’s headlines such as GMOs, vaccinations, video game addiction, and of course climate change. Nye told The Seattle Times that climate change has always been a constant topic of his shows and talks for decades:

I’ve been whining about climate change since 1990. On the ‘Science Guy’ show we did several bits about climate change, and that was more than 20 years ago. And what has the United States, the world’s most influential society, done about this? Nothing.