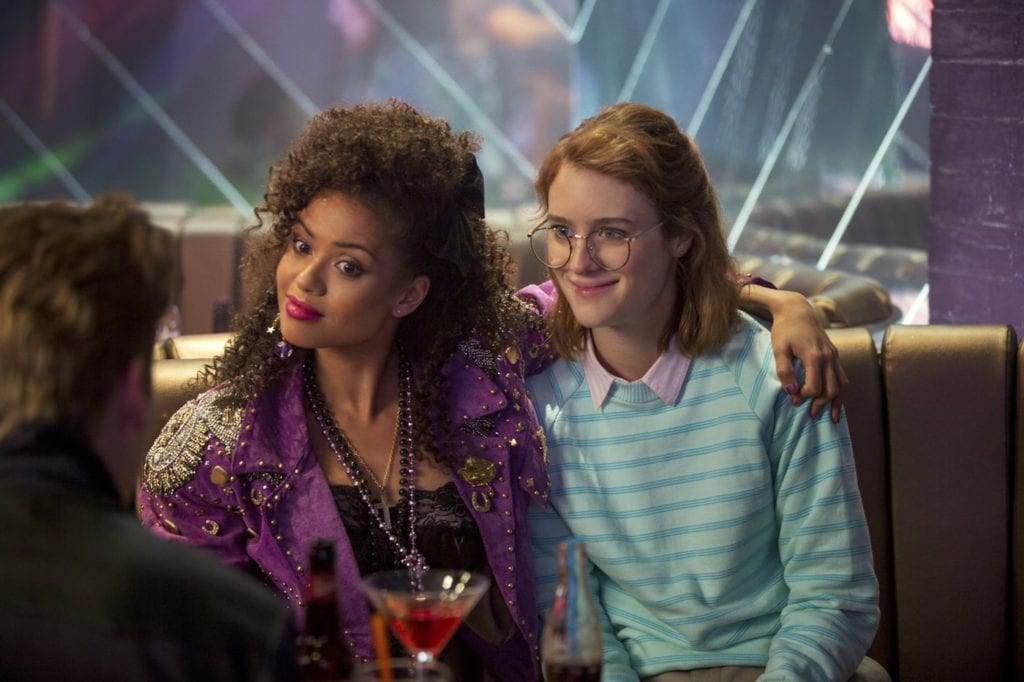 Netflix helped make the British sci-fi anthology Black Mirror a binge-worthy cult hit here in the States. Fans eager for more got great news in 2015 when Netflix announced they would exclusively premiere a six-episode third season of the show. Since then, details have been few and far between. But new images released from the upcoming season reveal something no one expected: the 1980s.

With Black Mirror‘s third season debuting on Netflix this October, the streaming service has released four new photos to whet fans’ appetites. Since the show focuses heavily on cautionary tales involving technology, it makes sense that most episodes take place in an undefined near future. What to make, then, of these images that appear to be throwbacks to the Reagan era? 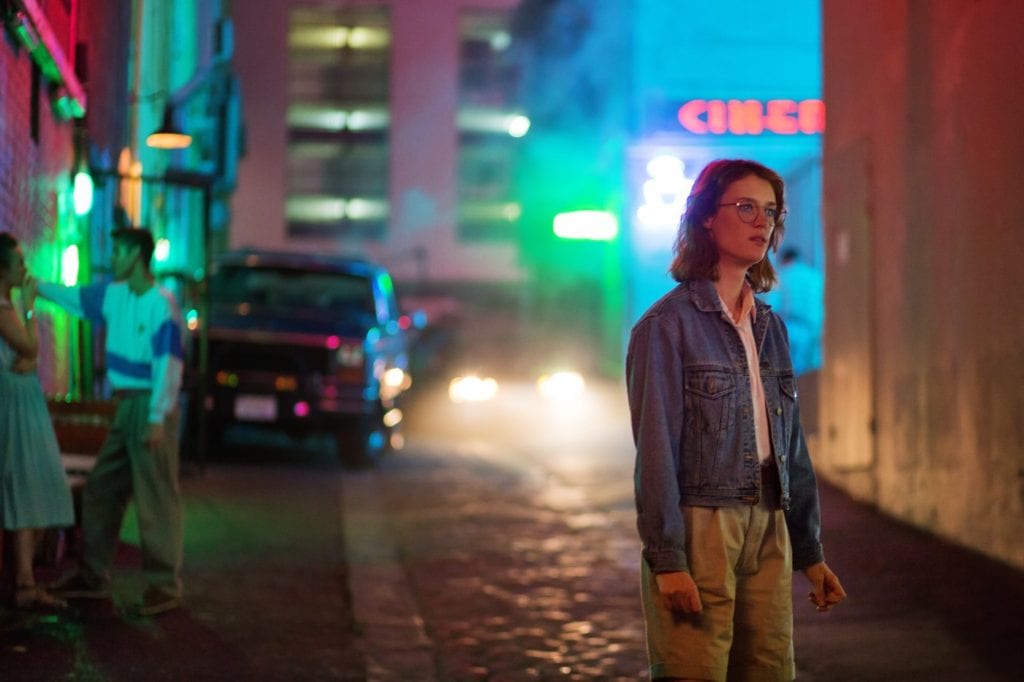 These first two images are both from the premiere episode, titled “San Junipero.” They feature actresses Gugu Mbatha-Raw and Mackenzie Davis (top image, left and right, respectively), looking like they stepped straight out of a a Stranger Things casting call. There’s no telling what it means, but knowing Black Mirror, there will definitely be surprises.

Netflix has also released two photos featuring actress Bryce Dallas Howard from the third episode, “Nosedive.” It looks more in line with what we’ve come to expect from the show. 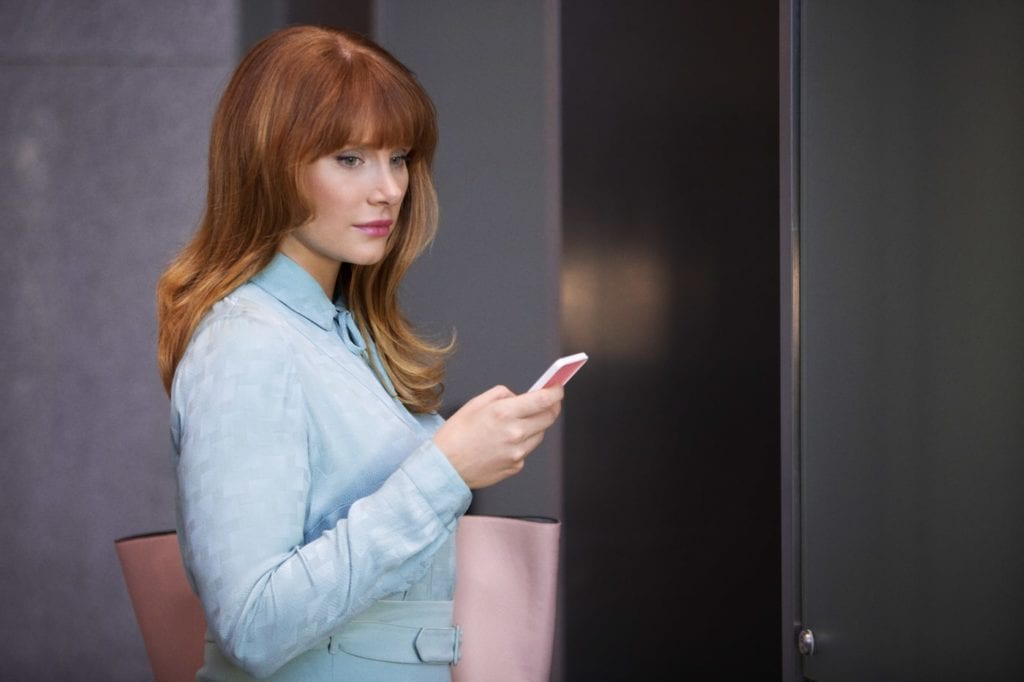 “Nosedive” was written by Parks and Recreation co-creator Michael Schur and Rashida Jones. She played Ann Perkins on that NBC sitcom, and she’s also a talented writer herself. Director Joe Wright (Atonement) helmed the episode. Not much else is known about it, except that in this dystopia, people obviously love pastels. 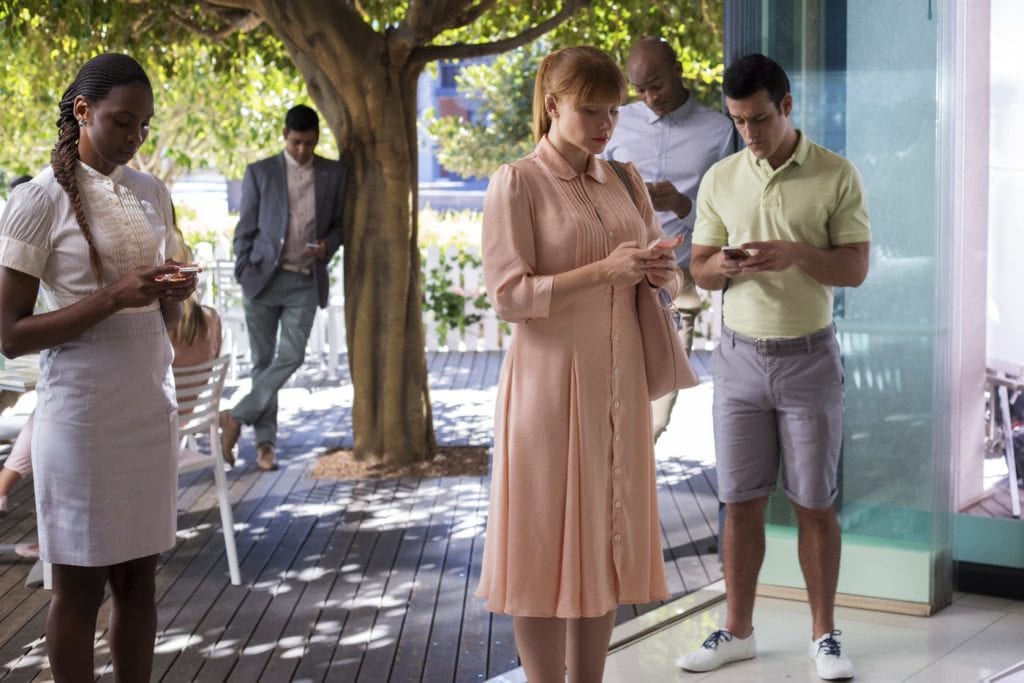 Black Mirror returns to Netflix on October 21. The first two seasons and the Christmas special are currently available for streaming on Netflix Instant. Here’s the official season 3 synopsis:

Black Mirror is an anthology series that taps into our collective unease with the modern world, with each stand-alone episode a sharp, suspenseful tale exploring themes of contemporary techno-paranoia. Without questioning it, technology has transformed all aspects of our lives; in every home; on every desk; in every palm — a plasma screen; a monitor; a Smartphone — a Black Mirror reflecting our 21st Century existence back at us. The series is created and written by Charlie Brooker, and executive produced by Brooker and Annabel Jones.