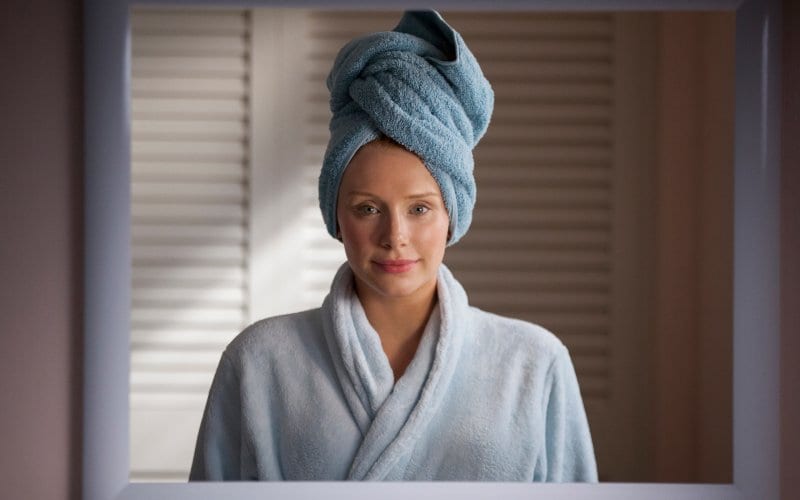 Netflix scored a huge get last year when it commissioned a third season of the cult hit British anthology series Black Mirror. The show is very much a Twilight Zone for the 21st century, spinning dark fables based on our culture’s sometimes unhealthy interactions with the technology that surrounds our lives every day. With the new season of Black Mirror set to premiere on Netflix October 21st, the streaming network has released two featurettes providing a brief look at what is to come.

Created by Charlie Brooker, Black Mirror became a huge word-of-mouth hit here in the States once it became available streaming on Netflix a few years back. The third season will clock in at six episodes, boasting a cast that includes names like Bryce Dallas Howard, Alice Eve, and Halt and Catch Fire‘s Mackenzie Davis. The first Netflix featurette teases Bryce Dallas Howard’s episode, entitled “Nosedive.” It seems to imaging a future where our obsession with social media has combined with our love of rating things, and the results are not pretty.

The second featurette looks at an episode called “Playtest,” which executive producer Annabel Jones calls “a fun, popcorn movie that is very much rooted in the horror genre.” This one’s even more vague than the previous video, revealing only that “Playtest” involves a thrill-seeking bloke who gets involved with some sort of game — one which we’re guessing is going to pose risks you can’t simply fix by reloading a checkpoint. Check it out.