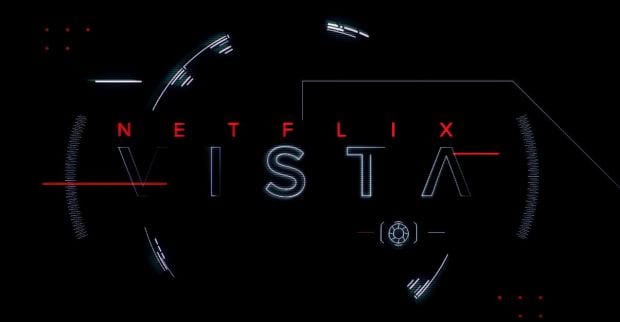 In this age of nigh-limitless content and a staggering number of ways to consume it, it’s easy to let things like Netflix take over your life. Everyone’s constantly carrying around screens that let them slip out of this reality and into the world of their choosing, shutting out all those annoying passengers on the train or people across the dinner table. But what’s the next step, technologically speaking? How much more immersed can we become in our entertainment, at the expense of our connection to the real world? Meet Netflix Vista.

While it’s not hard to imagine that something like Netflix Vista might be a reality in the near future, at this point it’s just making a point. The video above is a clever, metafictional promo for Netflix’s Black Mirror, the critically acclaimed anthology science fiction series that skewers and critiques our sometimes toxic reliance on and relationship with technology.

It’s a great bit of promotion for the show, because it captures the show’s dark sense of humor and its chillingly plausible extrapolations of what our not-too-distant future might look like. We already have things like Google Glass that allow you to superimpose a “heads up display” over your day-to-day life. It’s just a matter of time before that’s applied to some sort of ocular implant, or contact lens, or who knows what. And if you thought people driving while texting was a problem…

Black Mirror was created by British writer Charlie Brooker, who also created the excellent horror series Dead Set, currently available streaming on Netflix Instant. Black Mirror became a hit in its native U.K. before Netflix helped make it a word-of-mouth phenomenon here in the States. Netflix then stepped in to produce a third season of the show, which premiered on the streaming service earlier this year. Hopefully the show will keep on cranking out these brilliant little sci-fi morality tales for a long time to come. Rod Serling would be proud.

The full run of Black Mirror is currently available on Netflix.