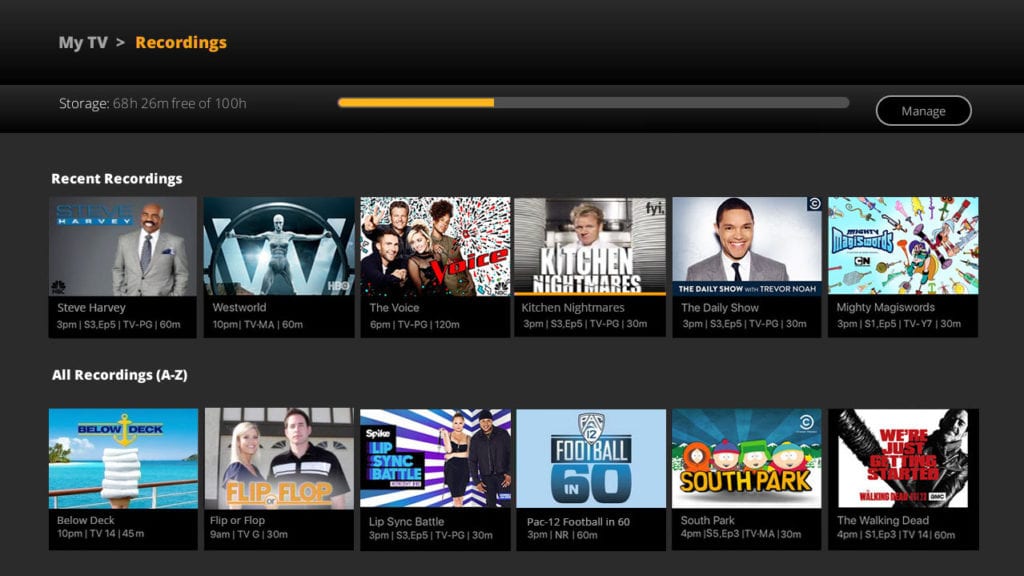 Sing TV subscribers, you just got a lot more freedom with your DVR. The streaming television company announced today that customers with iPhones, iPads and Windows 10 devices can set and manage their recordings.

In addition, Sling just launched Cloud DVR for the AirTV Player, giving viewers more control than ever over how and when they watch TV. Users can even set a DVR timer or finish watching a previously recorded episode straight from their device.

It was just last week that Sling unveiled new DVR upgrades, so it’s nice to see the company paying attention to one of its most important features.

Sling customers who aren’t signed up for the Cloud DVR option can take advantage of it for just $5 a month. That gets 50 hours of DVR storage to record shows and movies and then watch them anytime. It’s worth mentioning though, that DVR is not available on all channels.

And beyond the upgraded DVR compatibility, Sling rolled out a new user interface on AirTV Player with some interesting new features. AirTV/Sling users now have: