We’re just about three months out from the debut of Marvel’s Iron Fist on Netflix. It’s the last rung on the ladder leading to the epic Defenders miniseries, and also continues Marvel’s tradition of taking chances on lesser-known characters with their film and TV properties. But with Iron Fist getting ready to punch his way into our living rooms in the spring, Marvel and Netflix are ramping up the promotional barrage with new material on the show, including four new promo shots.

Here’s the first of four new shots, debuted exclusively over at IGN. It features Iron Fist star Finn Jones getting his martial arts on as Danny Rand, billionaire turned kung fu master after a foray into the mysterious land known as K’un Lun. 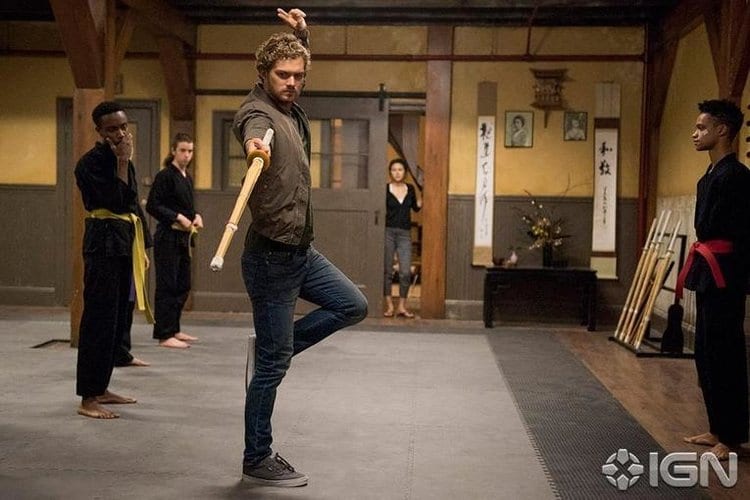 Fifteen years after being presumed dead in a plane crash, Danny Rand (Finn Jones) mysteriously returns to New York City determined to reclaim his birthright and family company. However, when a long-destined enemy rises in New York, this living weapon is forced to choose between his family’s legacy and his duties as the Iron Fist.

In addition to Jones as Rand, the Iron Fist cast also includes Jessica Henwick as Colleen Wing, an ally of Rand’s, and features the return of Rosario Dawson’s Claire Temple. She first appeared in Daredevil, and has since popped up in both Jessica Jones and Luke Cage. After Iron Fist, Claire will return in the Defenders mini, making her one of the key supporting players of Netflix’s corner of the MCU. You can see both Henwick and Dawson in the image below, with Jones. 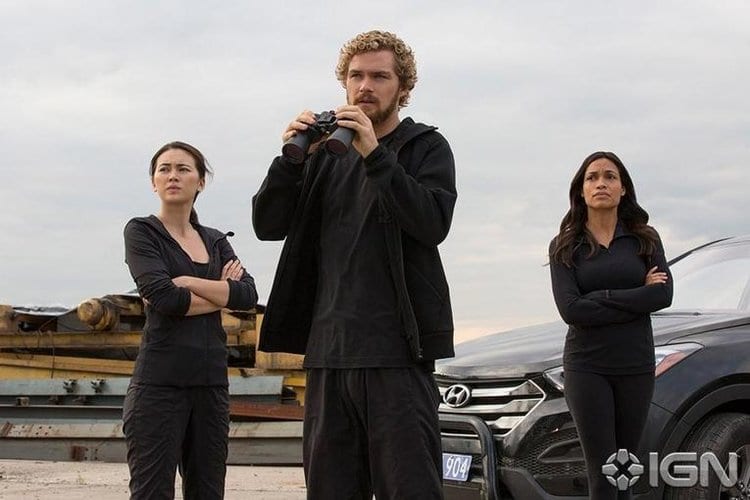 Iron Fist is set to debut on Netflix on March 17, 2017. The crossover Defenders miniseries will follow later that year, as will the Punisher spinoff series. You can check out two more Iron Fist pictures over at IGN, and rewatch the badass Iron Fist trailer below.