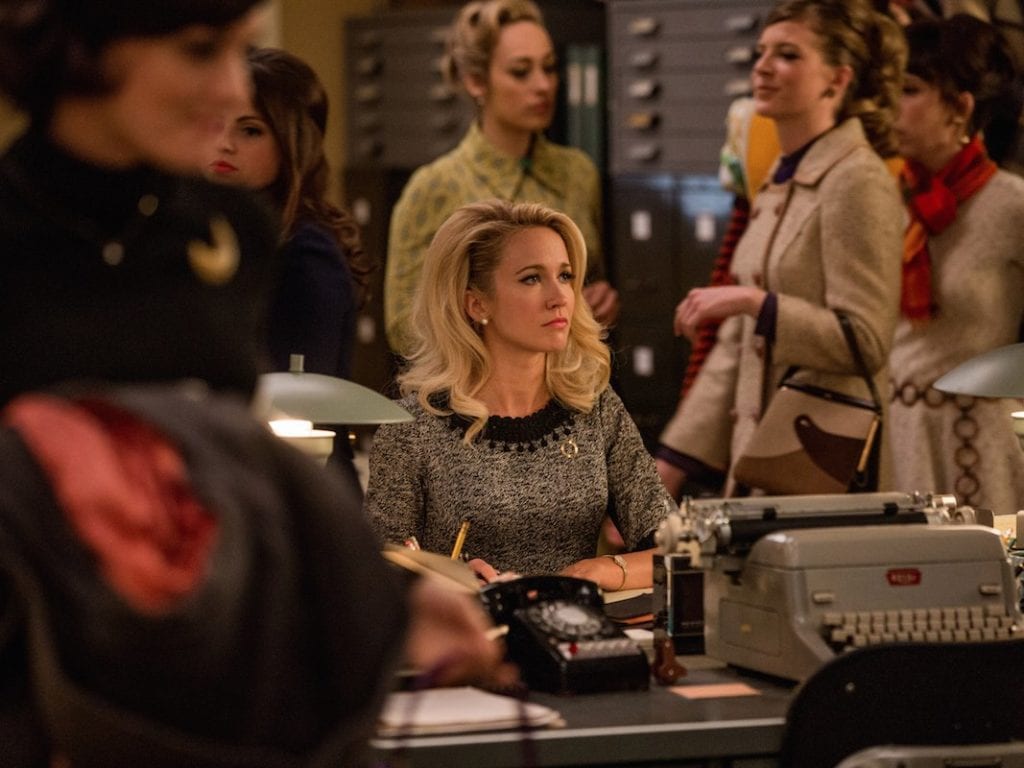 The revolution will no longer be televised. Amazon has announced that its based-on-real-events period drama Good Girls Revolt will remain a one-season wonder: the show has been canceled and will not return for a second season.

Good Girls Revolt was created by Dana Calvo, based on the 1970 sexual discrimination lawsuit filed against Newsweek by dozens of the publication’s female employees. Those events were chronicled by author Lynn Povich in her 2013 book The Good Girls Revolt. The show’s pilot was solid, and the critical consensus was decent (currently 72% Fresh on Rotten Tomatoes). It had that period style that made Mad Men a lot of fun, but from the POV of the women on the receiving end of the casual misogyny of the Don Drapers of the world. So what happened? Was Good Girls Revolt simply a ratings flub for Amazon?

Not according to Deadline. Their coverage reports that, in the Women 18-49 demo, Good Girls Revolt boasted the second biggest debut for an Amazon original series, bested only by The Man in the High Castle. They claim that the show’s audience, unsurprisingly, skews female, with about 67% of its viewers being women. That’s a good demographic to be capturing, and certainly the issues of gender, equality, and sexual discrimination and harassment are incredibly timely at this point in our history and cultural dialog. And yet, Amazon passed on bringing Good Girls Revolt back for season 2.

Deadline speculates that Good Girls Revolt may simply be a casualty of Amazon’s shifting strategy when it comes to original content. Having built their foundation on bold, original shows like Transparent and Mozart in the Jungle, Amazon is now focusing more on developing high-visibility projects with big-name talent. They recently debuted Woody Allen’s first-ever TV show (although his Crisis in Six Scenes didn’t fare particularly well with the critics). They’ve got a pricey Mafia drama in the works with Rober De Niro and David O. Russell. And, ironically enough, they’re developing the next series from Mad Men creator Matthew Weiner. It all seems calculated to try and nab as much attention as possible, to try and steal the spotlight from Netflix’s deep pockets and ambitious development slate. It just might work, but in the mean time, that might have left Good Girls Revolt out in the cold.

It’s not all bad news, however. Deadline also says they hear rumblings that Sony TV is trying to find another home for the show. Maybe the revolution isn’t over, after all.