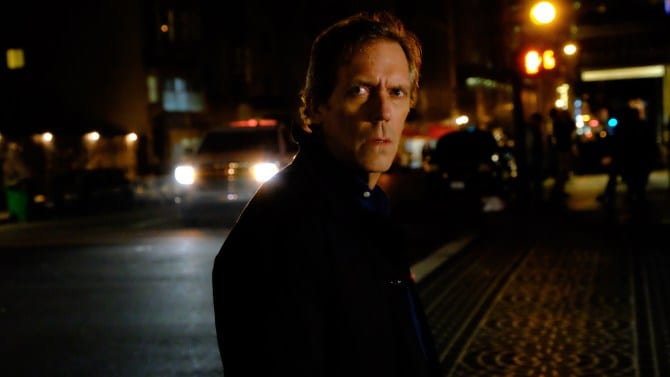 Hugh Laurie is returning to the medical field in Hulu‘s newest original, but it’s a world away from Gregory House.

The 10 episode Chance (Oct. 19), is a psychological thriller based a popular novel, and follows a forensic neuropsychiatrist dealing with some of the worst of humanity while he fights plenty of battles on his own.

The British actor spent eight seasons portraying Dr. Gregory House on the wildly popular House, and many fans are already pointing out the similarities between the two shows.

In Chance, the doctor encounters violence and police corruption in San Francisco while fighting the ravages of mental illness in his patients. Add in a tumultuous divorce and a teenage daughter, and you’ve got someone who could use a lot of help on his own.

Chance begins with Laurie’s character feeling like he never has and never will have an effect on the world around him, but he quickly learns that’s not the case (both for good and bad). When he makes an ill-advised decision with a patient who has an abusive spouse, he finds himself in the crosshairs of a corrupt police detective.

Laurie’s newest foray into the medical promises to be a look at “the shadowy, undiscovered country of the human mind,” both for the good and the bad.