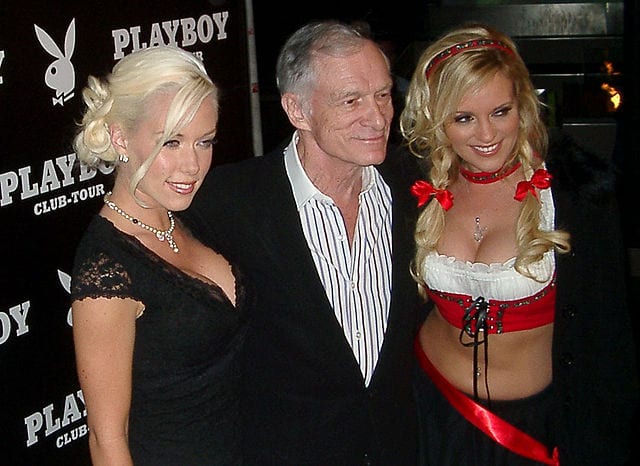 Stretching over six decades, American Playboy follows both the rise of Hefner’s legendary skin mag and his own history of activism in the fields of civil rights and social justice. American Playboy mixes interviews and reenactments with never-before-seen material selected from over 17,000 hours of Playboy archival footage and Hefner’s personal scrapbooks.

Even for those who don’t approve of the salacious empire Hefner built, American Playboy should be fascinating viewing. In addition to recounting the story of Playboy, the docuseries will chronicle Hefner’s battles against both J. Edgar Hoover and the “moral majority,” as well as his advocacy for civil rights.

In a press release, Hefner said:

It has been a long road in finding the right partners to tell the full story of Playboy as it has unfolded over these past 63 years, and I believe we have found them in the collaborative team of Stephen David Entertainment and Amazon. I’m pleased that this docuseries will shed light on what has been an incredible journey and the voice Playboy has had in the discussion of our ever-changing culture. Just as importantly, my hope is that it will inspire others to pursue their dreams.

American Playboy will be executive produced by Stephen David, Peter Jaysen, and Dick Rosenzweig. David’s resume includes tons of TV work, including History Channel’s 2012 series The Men Who Built America and AMC’s docudrama The Making of the Mob. In the press release, David said, “Hefner created more than a magazine — Playboy became a thrilling lifestyle, one that Hef has embodied for the better half of a century. Bringing Hef’s world to life has been an adventure for SDE, and we cannot wait to share it with Prime members.”

American Playboy will premiere its 13-episode season sometime in 2017.