Hulu made headlines a few weeks back with the announcement of their upcoming series based on the cult hit Marvel comic Runaways. Now they’re adding another comic-based project to their development library — although this one’s a bit more obscure. Deadline reports that Hulu is developing a series based on the Top Cow comic book Postal, created by Matt Hawkins and Bryan Hill.

Not to confused with the hyper-violent video game series, Top Cow’s Postal is set in the town of Eden, Wyoming: a peculiar little burgh where pretty much everyone is a fugitive criminal. Eden is a place to hideout while the heat dies down and new identities are forged. When a murder shines an unwanted spotlight on the populace of Eden, all those crooked secrets are in danger of being exposed. The title of the series refers to the “postal branch,” the organization responsible for bringing people in and out of the tightly controlled town. In the comic, the postal branch is run by Mark Shiffron, the youngest son of the criminal family that runs Eden.

Legendary TV won the rights to Postal in a bidding war after Matt Tolmach Productions shopped it around. Seth Hoffman, a co-executive producer for AMC’s The Walking Dead, is writing the Postal adaptation. The series will be executive produced by Matt Tolmach (The Amazing Spider-Man) and David Manpearl, as well as Top Cow’s Marc Silvestri and comic creator Matt Hawkins. 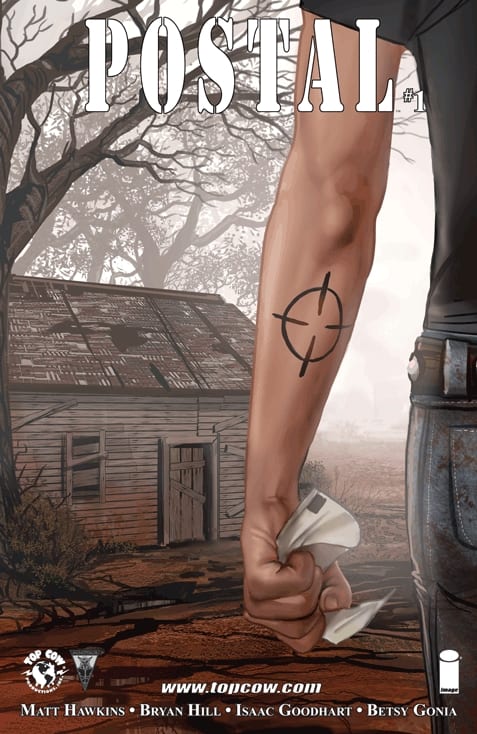 Tolmach has been doing a lot of business with Hulu lately. He’s executive producing the sci-fi comedy Future Man with Seth Rogen and Evan Goldberg, which Hulu ordered to series earlier this month. He’s also working with Hulu and Legendary TV on a series based on the seminal ’90s video game Myst.

Hulu continues to greenlight more and more interesting original content. Along with the streaming service’s shift to a subscription-only model, Hulu is trying to position itself to take on Netflix and Amazon head on. And if it gets being aggressive on the development front, it just might work.