Hulu is Exploring New Ways of Integrating Advertising Into Its Content 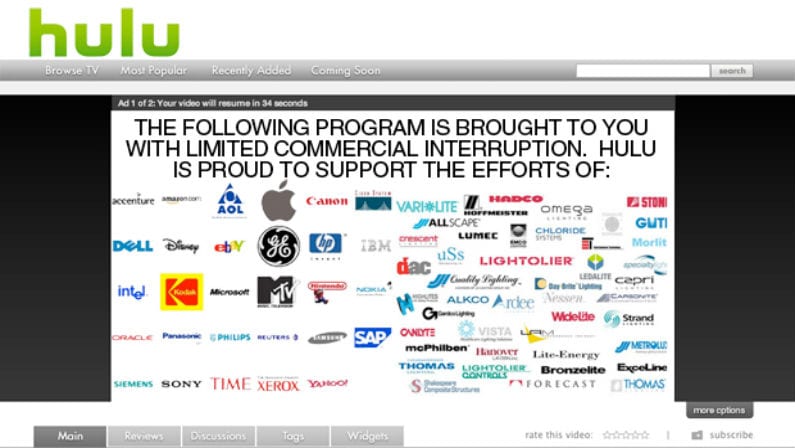 We can’t get too mad at streaming services for exploring new ways of incorporating advertising or shopping directly into the viewing experience. After all, if it weren’t for these ways of generating revenue, these streaming services couldn’t exist. Even Netflix, which bills itself as “ad-free” and 100% subscription-supported, sells product placement slots for their programs. Remember all that KFC in Stranger Things? It wasn’t there by chance. To hopefully avoid awkward product placement in their programs and still expand their ad coverage, Hulu is now working with advertisers to generate half of its advertising revenue from new non-intrusive ad formats. What effect will this have on the Hulu experience?

For one, it will mean ads may get more difficult to ignore. Personally, I mute my streaming services whenever commercials appear, allowing me to essentially ignore them. People like me are the problem for which Hulu and its advertisers are now searching for a solution.

Hulu currently makes only about 10% of its ad revenue from non-intrusive ad formats and relies on more intrusive formats like the pre-show commercials at the beginnings of episodes or films for the other 90%. By 2021, Hulu wants to generate 50% from non-intrusive advertising, although it’s not clear what form those might take.

One approach is to create a “hub” for brands or products featured in programs for which viewers can shop after episodes or films. Another approach is to add exclusive bonus content such as behind-the-scenes features which more heavily promote products or appear alongside “brought to you by” messages. These approaches were already tested for this year’s Huluween promotion.

Hulu has also tested out commercials which resemble in-show content which are thought to be less obtrusive and fit more cohesively alongside programming. Eventually, we might get to the point where we can’t differentiate between streaming programming and advertisements – or perhaps they will be one in the same. Could integrated advertising be the downfall of streaming video?