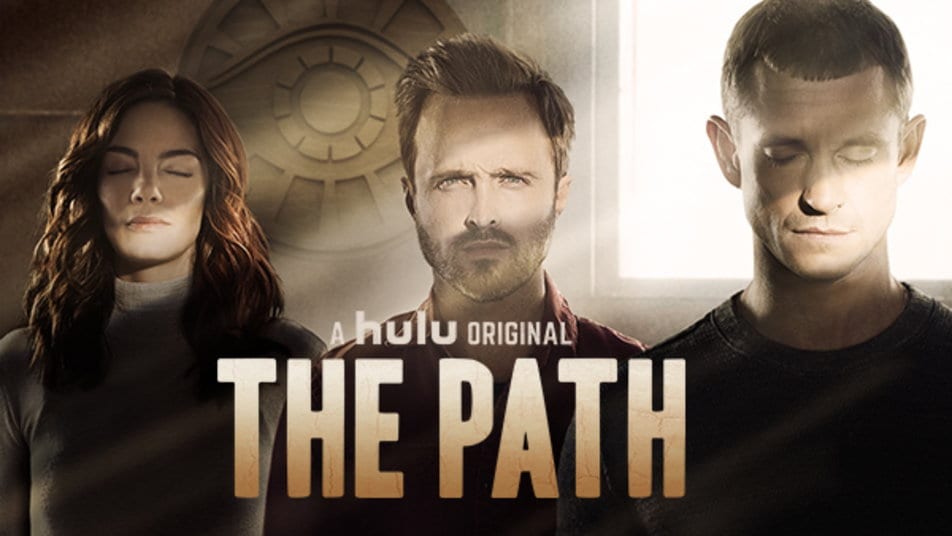 Hulu scored a hit last year with The Path, an original drama starring Aaron Paul (Breaking Bad), Michelle Monaghan (Kiss Kiss Bang Bang), and Hugh Dancy (Hannibal). With critical praise and some solid word of mouth (currently 81% Fresh on Rotten Tomatoes), The Path earned Hulu some buzz in a year when Netflix and Amazon were dominating on the original content front. The show is back for a second season on January 25, 2017, and Hulu has teased that return with a creepy little teaser you can see below.

Created by American playwright Jessica Goldberg, The Path centers around a controversial New Age cult known as Meyerism, and a family inextricably tied to the movement. As Hulu’s official description puts it, “Each episode takes an in-depth look at the gravitational pull of belief and what it means to choose between the life we live and the life we want. The series blends elements of mystery-thriller, romance and the supernatural.”

In The Path, Hugh Dancy plays Cal Roberts, one of the charismatic heads of the Meyerist movement, after the death of its founder. Aaron Paul plays a conflicted convert to the faith named Eddie Lane. Michelle Monaghan plays Sarah Lane, Eddie’s wife, and a dedicated devotee of Meyerism. The first season tracked Eddie’s return home from a spiritual retreat in Peru, one which unfortunately left him with more questions about his faith than answers.

Hulu had a good run of comedies in the last couple of years, thanks to entertaining original sitcoms like Difficult People and Casual. But it’s also been focusing more on developing dramas as well. The Stephen King adaptation 11.22.63 garnered plenty of attention, and Hulu’s high-profile miniseries based on Margaret Atwood’s The Handmaid’s Tale has been generating lots of buzz. In recent months, they also debuted Chance, starring Hugh Laurie, and they’ve got the “fake psychics” crime drama Shut Eye due next month. And that’s not even getting into their adaptation of the hit Marvel comic The Runaways, or the Seth Rogen comedy series Future Man. Hulu might just give Netflix a run for its money in 2017.