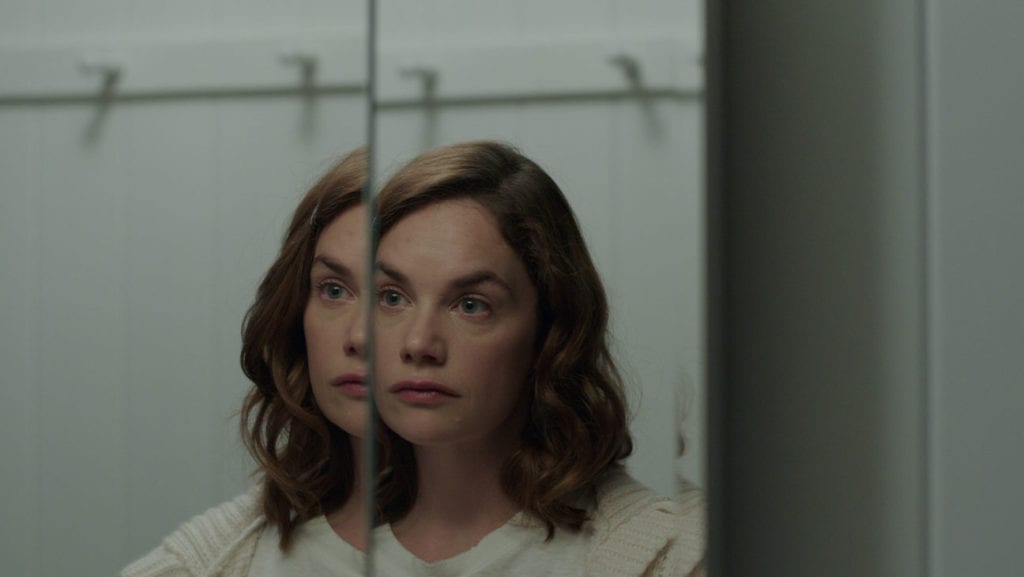 Halloween weekend is upon us, and what better time to settle in, flip off the lights, and watch something creepy? Between Netflix, Amazon Prime, and Hulu, there are plenty of solid streaming scares available even if you aren’t springing for a Shudder subscription, but how about something new? It just so happens that Netflix has just added a shiny new bit of terror that goes by a slightly cumbersome name: I Am the Pretty Thing That Lives in the House.

It’s a pretty classic horror-story setup, but the trailer looks to offer some delicious slow-burn suspense. On first impression, the trailer reminds us a bit of Ti West’s flicks such as The Innkeepers and The House of the Devil. Check out the trailer below. Ruth Wilson’s narration is a little jarring, however — her strange, deliberate dialogue delivery just adds to the trailer’s overall sense of unease. The trailer does a good job of hinting at the scares that are to come without relying on “boo!” moments or giving away everything that we should expect.

I Am the Pretty Thing That Lives in the House is currently rated 64% Fresh on Rotten Tomatoes.

We love a good ghost story here at Streaming Observer, especially when Halloween is right around the corner and there’s a chill in the air. I Am the Pretty Thing That Lives in the House is now available streaming on Netflix Instant.