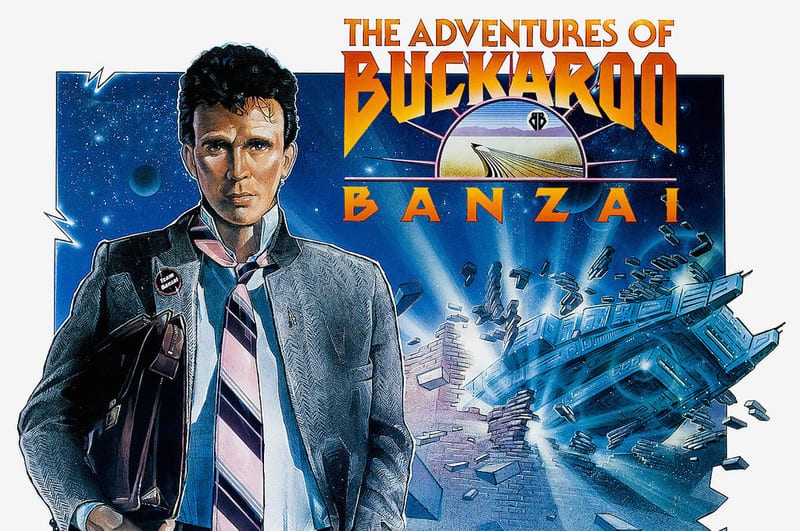 The titular protagonist of the 1984 cult classic The Adventures of Buckaroo Banzai Across the 8th Dimension once infamously said, “No matter where you go, there you are.” Unfortunately, thanks to a legal kerfuffle, it now seems that wherever Amazon’s proposed TV series adaptation of Buckaroo goes, there filmmaker Kevin Smith won’t be.

This past spring, Kevin Smith (Clerks, Chasing Amy) announced that he was developing a Buckaroo Banzai TV series with MGM, and it eventually found a partner in Amazon. There hasn’t been much further news since then, but unfortunately now the news is all bad. Early today, Deadline reported that MGM is filing suit against Buckaroo Banzai creators Earl Mac Rauch and Walter D. Richter, seeking to quash their claims on the TV rights. You can read the full text of the lawsuit, filed last Wednesday, right here.

It’s not exactly the sort of publicity you’d hope for when adapting a property with such a devout fanbase. And indeed, Smith — himself a self-described longtime Buckaroo fanboy — soon went live on Facebook where he described his surprise at learning about the lawsuit, and announced that he would no longer be involved in the project.

Speaking of his admiration for Rauch and Richter, Smith said, “I don’t want to make anything unless those two dudes are involved. They had the vision. Like, all we’re doing is taking their amazing vision and making a TV show of it.” He added that, if all parties eventually come to an agreement and want him back on the show, he would step back in.

In the meantime, Deadline reports that the lawsuit has left the project essentially dead in the water until such time as the legal battle is resolved.

Written by Earl Mac Rauch and directed by W.D. Richter, the original Buckaroo Banzai movie followed the adventures of the titular hero, a scientist/doctor/pilot/rock star/adventurer who must save the world from evil aliens from Planet 10. It’s deeply weird in a wonderful kind of way, and featured Buckaroo fighting evil alongside his team of “Hong Kong Cavaliers,” a motley mix of musical renaissance men like Buckaroo.

A sequel was directly teased by the film’s end credits, which promised that “‘Buckaroo Banzai will return in Buckaroo Banzai Against the World Crime League.” That sequel never happened, although there have been numerous rumors and attempts to resurrect Buckaroo over the years, including several published comics and an abandoned Fox TV project in 1998.

Whoever the World Crime League are, they seem awfully determined to keep Buckaroo from rising from the ashes.