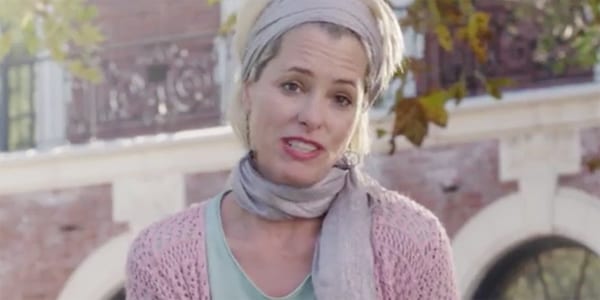 Netflix will be setting a course for deep space with their upcoming reboot of the cult classic ’60s sci-fi series Lost in Space. But now they’ve got one bright star to help them navigate: indie darling Parker Posey has joined the cast…and in a wholly unexpected role.

Created by Irwin Allen (Voyage to the Bottom of the Sea), Lost in Space ran on CBS from 1965 to 1968. It followed the Robinsons, a family of space colonists whose ship is knocked off course and into unexpected realms of danger and adventure. The Robinsons include scientists John and Maureen; their children Judy, Penny, and Will; the heroic Major Don West; and the conniving Dr. Smith. Oh, and a robot. At first glance, you might assume Posey was a shoe-in for the role of Robinson matriarch Maureen, but that slot has already been filled by House of Cards‘ Molly Parker. No, Netflix has something more interesting in mind.

According to Deadline, Posey has actually been cast as Dr. Smith. Originally played by Jonathan Harris, Lost in Space‘s Dr. Smith was the one whose sabotage knocked the Robinsons into the unknown in the first place, and he was often at odds with the rest of the crew, and primarily out for his own ends.

Casting Posey as Smith is both counter-intuitive and way more intriguing than any other role she could have landed in this project. In Christopher Guest’s mockumentary films — such as the recent Netflix joint Mascots — and indies like House of Yes, Posey has shown a talent for both off-kilter humor and playing deeply unstable individuals — both qualities that could prove useful in bringing a new incarnation of Smith to life.

It also raises tons of questions. What will Netflix’s Lost in Space be like? The original show was cheesy, adventurous fun — will the new one follow suit? Or will it, like Ronald D. Moore’s Battlestar Galactica reboot before it, recreate itself as something darker, more serious, and wholly more interesting?

The series is being written by Matt Sazama and Burk Sharpless, whose previous credits include Dracula Untold and Gods of Egypt. That vintage doesn’t necessarily suggest we should expect BSG level aspirations, but who knows, maybe they’ll surprise us. Even if Netflix’s Lost in Space proves to be merely a fun bit of science fiction escapism, that’s no bad thing.

Posey’s casting, regardless, means we’ll be keeping our eyes on Lost in Space.