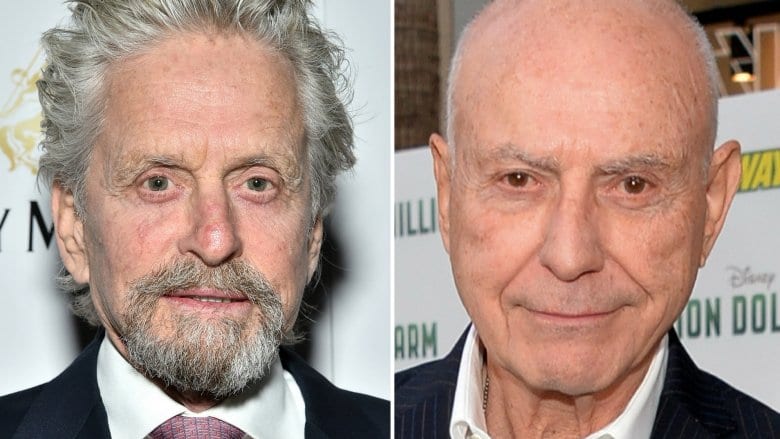 Netflix might still be down in the dumps over being ditched by Disney, but the streaming service isn’t showing it. Instead, Netflix is keepin’ on keepin’ on, throwing out cash like it’s made of money (isn’t it, though?) and adding some of the biggest names in the industry to its growing list of upcoming star-studded series and films. This week, Netflix kept its spree of signing major Hollywood icons going with the latest news that the streaming giant is producing a new comedy series starring legendary actors Michael Douglas and Alan Arkin. Details are still scarce, but the series will be titled The Kominsky Method and revolve around Douglas’ character, a former Hollywood star who has since opened an in-demand acting school. Arkin is set to play Douglas’ character’s best friend and agent.

The Kominsky Method will mark the first time Michael Douglas has appeared in a television series in over four decades. Arkin has already appeared in a Netflix series, lending his voice to the animated sitcom Bojack Horseman. Douglas and Arkin are arguably the biggest names Netflix has signed yet. Sure, Brad Pitt and Will Smith might be hot Hollywood stars, but their careers haven’t lasted nearly as long or been as acclaimed as Douglas’ or Arkin’s have – yet.

Variety reports The Kominsky Method will be produced by Warner Bros. Television, while Douglas will serve as executive producer alongside prolific television producer Chuck Lorre, creator of iconic sitcoms like Grace Under Fire, Cybill, Dharma & Greg, and Two and a Half Men. Lorre has another series set to premiere on Netflix later this month, Disjointed starring Kathy Bates as the owner of a marijuana dispensary.

Now that Netflix has signed the Coen brothers, legendary TV producer Shonda Rhimes, and now Chuck Lorre all for new series, it’s hard to argue that Netflix isn’t the new major force in Hollywood to be reckoned with. Only one question remains: how long can Netflix keep it up?