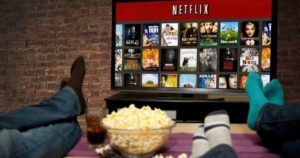 In a move that could potentially bring in as many as 5 million new subscribers, Comcast has announced that their Xfinity X1 devices will have Netflix compatibility as soon as next week.

What does this mean? Comcast subscribers who are not already Netflix members can sign up for the streaming service directly through their cable box’s video on demand section and start a brand net Netflix subscription.

After a one month free trial, customers will see the standard Netflix rate ($9.99 at the moment) added to their bill. Customers who are already Netflix members can just sign in with their normal username and password and start watching through their cable box.

The move means no more juggling remotes or changing inputs for Comcast customers who also watch Netflix. And in television, ease of use is huge. Comcast is making it incredibly easy to watch Netflix, and they’re going to see results.