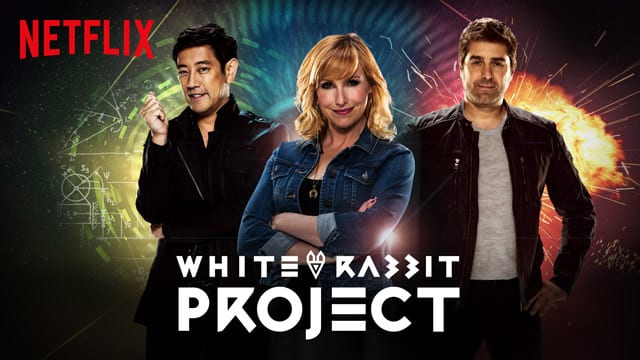 Mythbusters is back! Well, sort of. Partially, at least. A new Netflix original featuring the show’s popular “build team” trio of Kari Byron, Tory Belleci and Grant Imahara is set to debut on December 9, and Netflix just dropped the first trailer.

What do fans learn from the trailer? Well, The White Rabbit Project looks a lot like Mythbusters 2.0 (perhaps a little goofier). White Rabbit isn’t affiliated with the show that made this trio famous, but it’s pretty darn close. Like Mythbusters, it appears that this show has at its core, a desire to uncover the truth about some of history’s biggest tales, and making sure they have fun finding out.

The show gets its title because of the notion that the hosts are going “down the rabbit hole to investigate weird and wonderful events from pop culture, science and history.” The show will be investigating strange science phenomena, recreating impossible movie scenes, ranking history’s weirdest inventions, and seeing just how science makes all of this possible.

As is usual with Netflix, all episodes in the first season will debut at once.