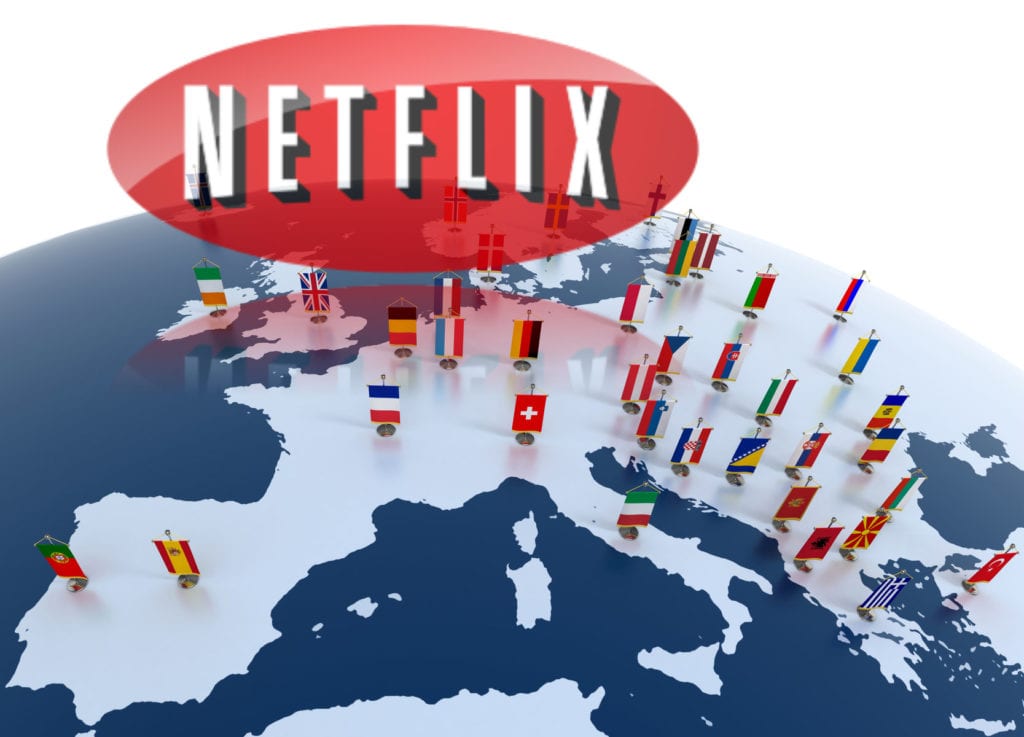 Netflix continues its steady march towards dominance of the global streaming video market. Netflix currently is the standout leader of the U.S. market in terms of subscribers, but the company obviously isn’t content with only domestic domination. New moves by Netflix indicate the company is eyeing Europe as its next major market.

While the streaming service is currently available in 190 countries throughout the world, Netflix is looking to expand that global reach thanks to raising vast amounts of foreign capital for investing in new international series. Netflix even made some recent headway into cracking the notoriously difficult Chinese media market after securing a deal with the Chinese streaming service iQiyi to license some of Netflix’s original material.

Now, a Netflix press release shows that the streaming service is looking for a massive expansion of its reach in the European market. According to the statement issued today, Netflix has added 400 new jobs to its brand new customer service center in Amsterdam. The center is the headquarters for all of Netflix’s European, Middle East, and Africa (EMEA) operations. Employees from across the globe work at the center to provide multilingual support for Netflix subscribers worldwide. The new EMEA customer service headquarters joins Netflix’s two existing support centers in Salt Lake City, Utah, and Yokohama, Japan.

Jeroen Nijland, a commissioner at the Netherlands’ Foreign Investment Agency (NFIA), says the decision to expand Netflix’s European operations shows that the European business climate might be more attractive to a global firm like Netflix:

The decision by Netflix to add a customer support centre along with its EMEA headquarters in Amsterdam illustrates that our business climate is exactly what leading companies are seeking when investing in their future. The Netherlands’ fast internet speeds, e-commerce strengths and multilingual talent pool make our country a great match for the Netflix expansion to support its rapidly growing European market.

To add to its European presence, Netflix has announced two new original European series. The first, Dogs of War, is filmed in Germany and will debut some time in 2018. Dogs of War is described as a dark crime drama which centers around an unlikely pair of Berlin detectives who have to team up to fight the city’s rough criminal underground. The second, Osmosis, is being produced entirely in France and does not yet have a release date. Osmosis is a realistic science fiction series set in the near future in which artificial intelligence systems chose individuals’ romantic partners – for better or, of course, worse.

Several other European original series are on the way, and Netflix is hiring a small army of translators to bring universal reach to its content. Could these signal a shift away from the already crowded American streaming market? Time will tell.