By far one of the most interesting original feature films on Netflix’s docket, Mute is a science fiction thriller said to be inspired by Ridley Scott’s Blade Runner. Of course, so were half the SF films released since the mid-’80s, but the Blade Runner legacy is definitely on full display in the first official still for Mute, which you can see up top. We’re a sucker for neon-lit sci-fi dystopias, so this one is most definitely on our radar.

Blade Runner comparisons aside, the thing that has us most excited about Mute is that it’s directed and co-written by Duncan Jones, the David Bowie offspring responsible for the outstanding Moon and the underrated Source Code. (He also directed last year’s messy Warcraft adaptation, but if it bought him leverage to keep making stuff like Mute, we’re a-okay with that.) Mute stars Alexander Skarsgard (above, courtesy Entertainment Weekly), Paul Rudd, Justin Theroux (both seen below), and Seyneb Saleh. Jones has described it as a sort of “spiritual sequel” to Moon, and it’s said to take place in the same fictional universe. That’s enough to give us a happy just thinking about it. Here’s a look at Rudd, followed by the official synopsis from Netflix. 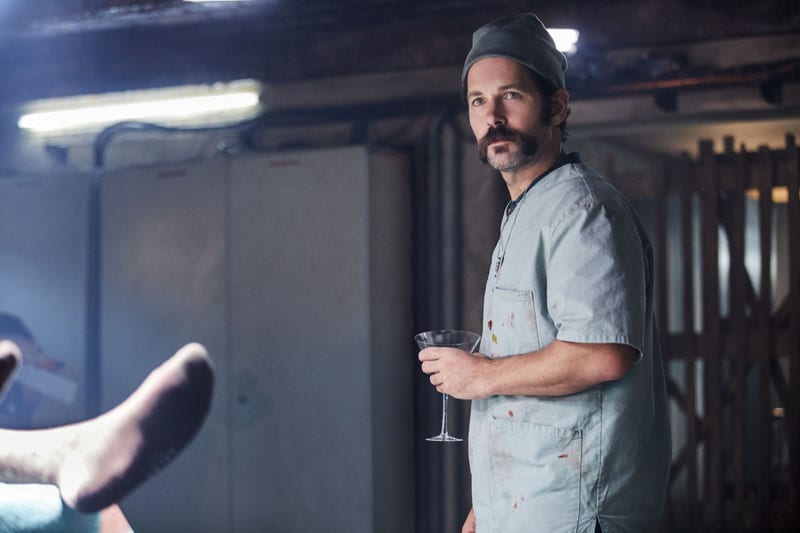 Set in the near-future, Leo (Skarsgard) is a bartender living in the pulsing city of Berlin. Because of a childhood accident, Leo lost the ability to speak and the only good thing in his life is his beautiful girlfriend Naadirah (Saleh). When she vanishes without a trace, Leo’s search for her takes him deep into the city’s seedy underbelly. A pair of wise-cracking American surgeons (Rudd and Theroux) are the only recurring clue and Leo is forced to take on this teeming underworld in order to find his love.

And here’s The Leftovers‘ Justin Theroux, rocking a bad haircut and a look of concern. 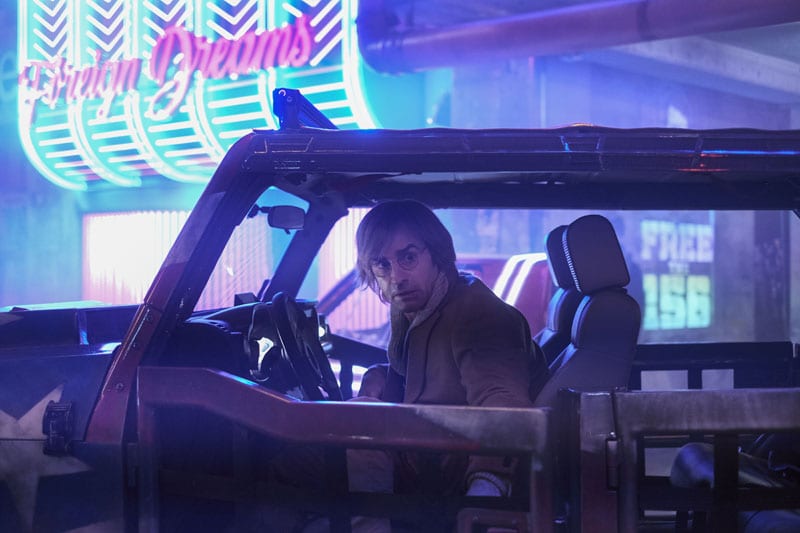 Mute is one of a couple of projects Netflix has in the works that are channeling a serious Blade Runner vibe. Their pipeline also includes a series based on Richard Morgan’s Altered Carbon, with the show being adapted by Laeta Kalogridis (Shutter Island).

Mute will premiere on Netflix later this year.