Netflix ISP Report For May Shows Major Gains In Australia, But US Still Lags

To give customers a glimpse at what level of service they can expect, every month Netflix releases an ISP data report showing how various internet providers around the globe fare when it comes to prime time Netflix viewing. The data for May 2017 has just been released, and there are actually several interesting developments.

Most notable is likely that the United States is still lagging behind the rest of the world somewhat. In fact, we don’t even crack the top 10 in average internet speed. An average internet speed of 3.68 mbps puts the USA well below what many other countries have. Switzerland was on top this month with a blazing 4.32 mbps average, with Belgium, the Netherlands and Austria right behind. Looking at those numbers, it’s not hard to see why Netflix is booming in Europe. 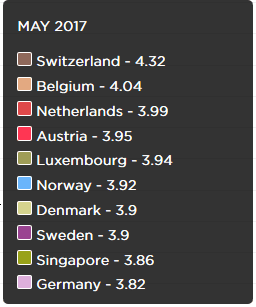 In the United States, Comcast provided the fastest average internet with 3.96 mbps. Verizon FiOS was right behind with 3.92. Optimum, Cox and Spectrum closed out the top 5. Viasat and Verizon DSL were the biggest gainers, with Viasat increasing from 1.23 mbps in the prior month to 1.52 mbps and Verizon rising an average of .26 mbps from the month before to hit 2.96 mbps. 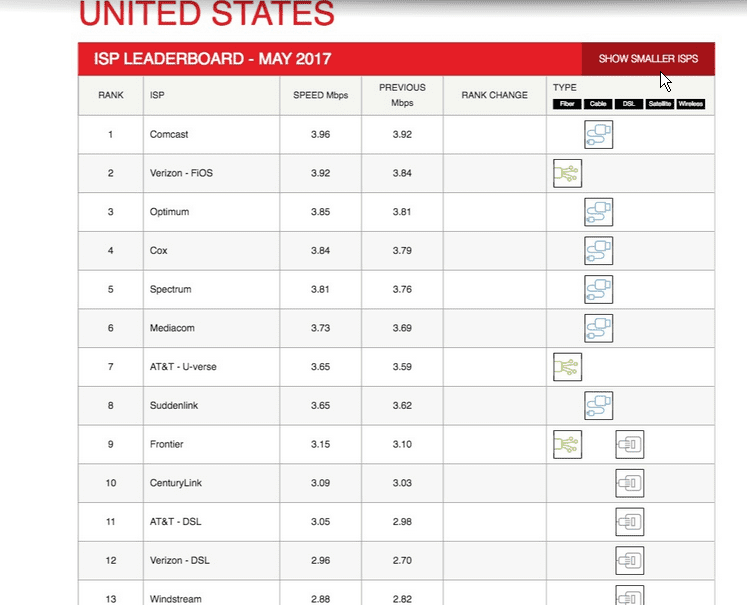 The biggest average speed gains overall happened in Australia, where Telstra was the biggest riser of the month, growing .46 mbps from the month before. That means their average speed now comes in at 2.74 mbps. Australia overall rose three spots in the rankings to hit 28th.

In Thailand, CS LoxInfo and Symphony saw large gains in speed, with CS LoxInfo increasing their average .38 Mbps. Symphony increased their average to 3.60 mbps (up from 3.27 mbps), and now sit at third overall in Thailand’s ISP rankings.

The nation of Malaysia also saw a lot of movement, climbing five spots to reach 17th overall in the country rankings. Their Telekom Malaysia Berhad improved by an average speed of .33 mbps.