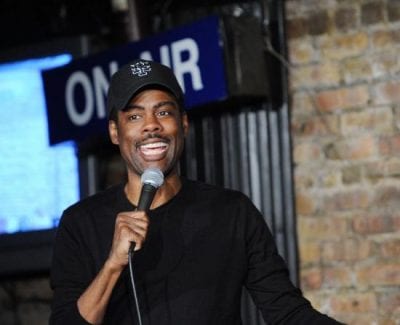 Netflix announced today that Chris Rock will star in two new stand up specials produced exclusively for the streaming service. The price tag? A whopping $40 million. Netflix had to outbid competitors Amazon, Hulu, and HBO for the rights. Lisa Nishimura, Netflix’s VP of original documentary and comedy, said that “Netflix is becoming the preeminent destination for stand-up comedy,” and it’s clear they’re willing to pay for quality.

Chris Rock has a few well-known comedy specials on HBO (Never Scared and Bigger and Blacker), but this will be his first return to the sand up stage in almost eight years.


Rock has worked with Netflix before, appearing in Bill Murray’s A Very Murray Christmas. Details are sparse so far, and it’s not known how long each special will be, what they will be called, and what topics he’ll cover.

This won’t be Netflix’s first foray into stand up exclusives, as Patton Oswalt’s Talking for Clapping won an Emmy for Netflix, and exclusive routines from some of comedy’s biggest names like Aziz Ansari, Chelsea Peretti, and Bill Burr were also very well received.