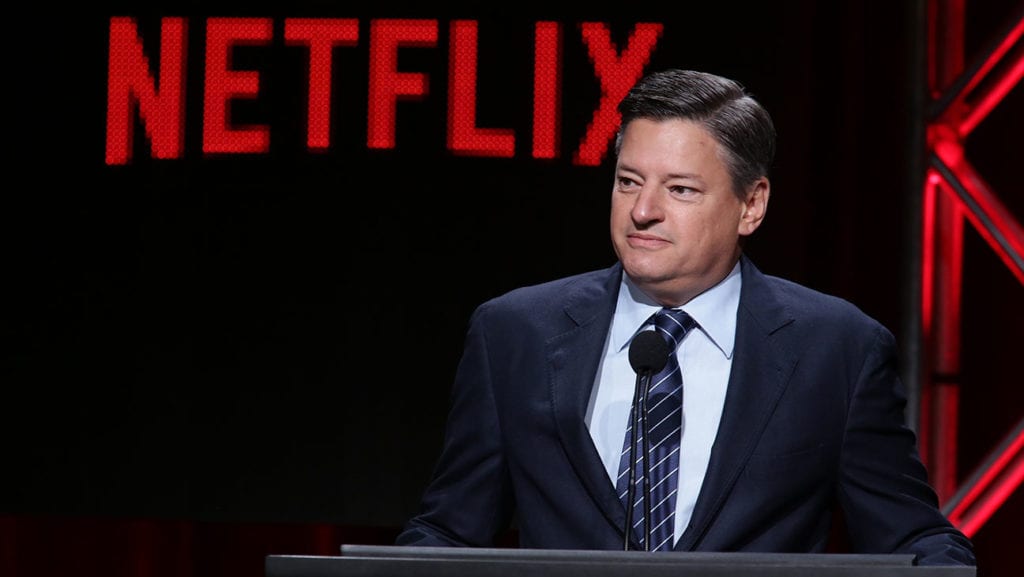 Now that Apple has seemingly lost its spark, Netflix has become the most talked-about company in the world – and for good reason.

The streaming innovator is in the middle of disrupting several industries, having completely revolutionized television and now poised to do the same with the film industry. The company’s commitment to innovation has put Netflix head and shoulders above its closest streaming competitors in terms of both subscriber totals and critical acclaim; Netflix dominated other streaming services in this year’s Emmy Award nominations, picking up a total of 91 different nominations, proving that their original series and films are true forces to be reckoned with.

While the internet freaks out about Disney ending its streaming agreement with Netflix, the company continues to forge ahead signing high-profile talent and throwing an enormous budget at its original programming. Just days after the Disney turmoil, Netflix’s visionary Chief Content Officer Ted Sarandos stated that the streaming leader plans to increase its budget by $1 billion dollars over the next year.

In an interview with Variety, Sarandos says that Netflix will spend over $7 billion on content in 2018, up from $6 billion in 2017 and $5 billion in 2016. As of now, Netflix currently has $15.7 billion in outstanding obligations in deals for new series and films over the next few years. With such an astronomically-large budget, media analysts are already beginning to wonder if Netflix is “rescuing” or “ruining” Hollywood by creating such a singular creator-producer-distributor model. Sarandos counters those claims, however, stating that Netflix is merely on the forefront of what’s already a growing trend throughout the media industries:

I would say that the relationship between studios and networks has always been that of a frenemy. Everyone is doing some version of it already. They just have to make a decision for their companies, their brands and their shareholders on how to best optimize the content. We started making original content five years ago, betting this would happen.

Netflix’s forward-thinking, big-spending strategy has been paying off in huge ways. The company’s stock has gone up over 5000% since Netflix first launched streaming video, and global subscribers now total over 100 million. Some analysts might balk at such a large budget and predict that Netflix is in the midst of a valuation bubble, but given how successful their original content has been for them over the last few years, Sarandos and company likely know exactly what they’re doing.