Netflix likes to keep its users happy and its content flowing smoothly. To that end, Netflix releases a monthly Netflix ISP Speed Index, a report listing what the company describes as measures of “prime time Netflix performance on particular ISPs (internet service providers) around the globe, and not a measure of overall performance for other services/data that may travel across the specific ISP network.” The April 2017 results were recently published, showing that the United States and Canada have some catching up to do when it comes to average internet speeds.

In the U.S., Comcast ranked as the fastest ISP with an average speed of 3.92 megabytes per second (Mbps), followed closely by Verizon’s FiOS with 3.84 Mbps. Overall, the United States displayed a 3.64 Mbps average, slightly better than Canada’s 3.25 Mbps and Mexico’s 3.07 Mbps. Poor Australia, meanwhile, comes in with a paltry 2.95 Mbps. 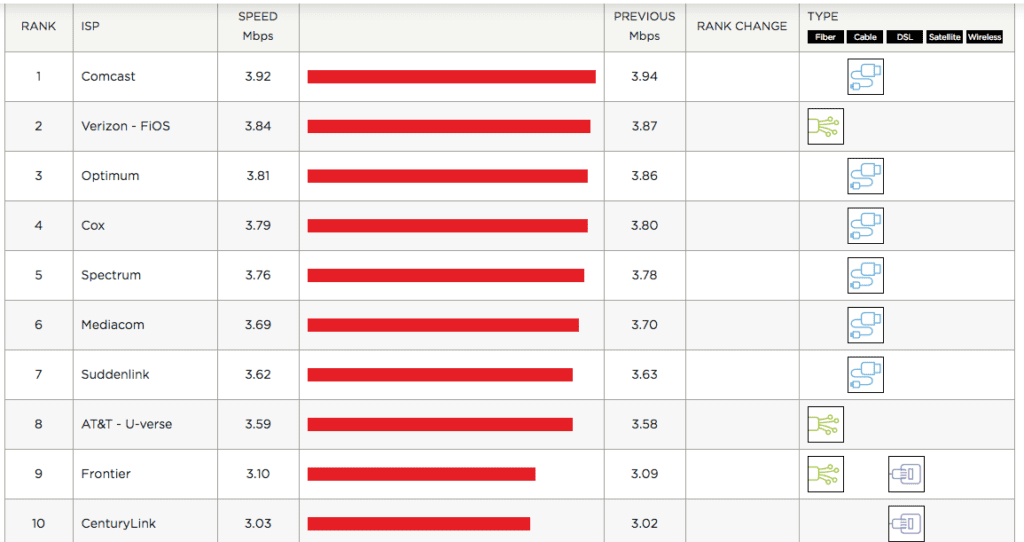 According to Netflix’s data, the fastest speeds in April 2017 were detected in Switzerland, which tops the global list with an average speed of 4.28 Mbps. Rounding out the top five countries in the world are Belgium, Netherlands, Luxembourg, and Sweden. The U.K., meanwhile, slightly edges out the U.S. at 3.68 Mbps. Globally, the only non-European country to make the top ten is Singapore, with an average of 3.80 Mbps.

Compared with North American speeds, it’s easy to see why Netflix is growing so quickly and Europe and Asia. Europe and the Asia Pacific region scored better on average than the Americas, showing that infrastructure development really does pay off. Who knew?