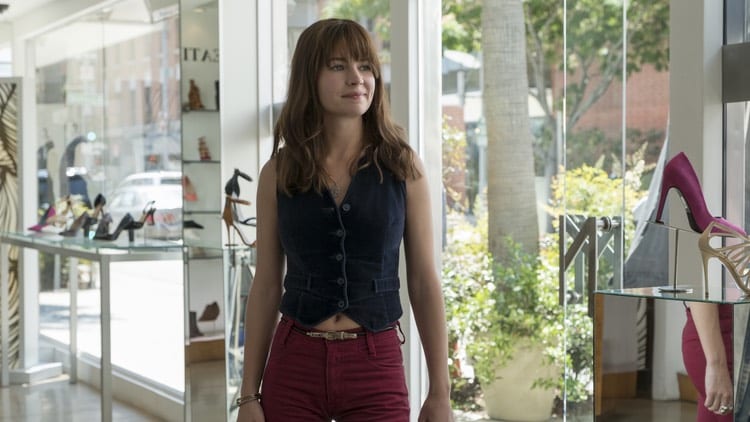 While everyone has been busy binging Bill Nye Saves the World, Netflix quietly released another original series on April 21:, Girlboss, starring Britt Robertson. The show was created by 30 Rock producer Kay Cannon and is Charlize Theron is among the executive producers. The series boasts an impressive cast, including RuPaul, Norm MacDonald, Jim Rash (Community) and Mozart in the Jungle‘s Cole Escola.

Girlboss tells the semi-autobiographical story of Sophia Amoruso, author of a memoir of the same name and founder of online fashion store Nasty Gal. The vintage clothing eBay shop went on to become a full-fledged online retailer and Amoruso was named one of the wealthiest self-made women in the world by Forbes and a “Cinderella of tech” by The New York Times.

Like many of Netflix’s new original series, Girlboss attempts to take advantage of millennial nostalgia for a much simpler time on the internet: the early 2000s. Amoruso launched Nasty Gal in 2004 when MySpace dominated the social media market and Amazon still sold mostly books. Social media plays a large role in the plot of the show in a way that strangely now feels primitive in today’s ultra-connected age of cross-platform sharing.

Despite the too-soon 2000s sentimentality, Girlboss hasn’t been received well by many critics. The Washington Post writes that “despite some genuinely charming moments, Girlboss has a flimsy narrative and gives some of Sophia’s personal relationships only a passing glance.” Vanity Fair‘s review was likewise lukewarm, writing that while “the saga of Amoruso and Nasty Gal is a fascinating one, full of dizzying heights and precipitous falls, all centered on a complicated, charismatic, flawed protagonist,” the series “can’t figure out a satisfying way to reconcile its sunny, girl-power alternate history with the reality of Nasty Gal.” The timing of the series is indeed odd; Nasty Gal just filed for Chapter 11 bankruptcy last November. Watching the series in light of that recent development gives the series an odd tone, turning a comedy into the first act of a tragedy.

Nevertheless, Girlboss is worth a watch while we’re in between big new releases coming later this month. The show manages to have its charms despite its flaws – and a soundtrack which makes watching all thirteen episodes a real treat.