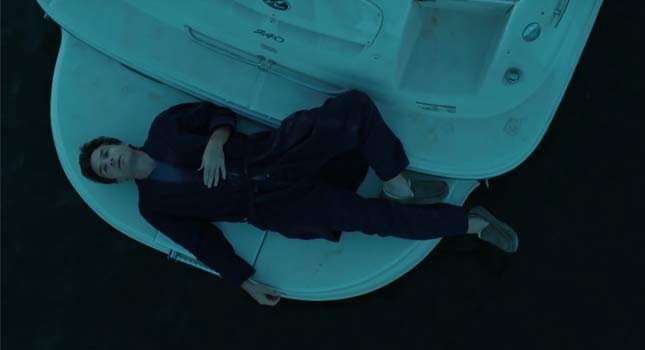 Netflix has just announced a double dose of Jason Bateman. Earlier this month, the streaming service and Bateman revealed that they successfully negotiated Bateman’s return for a long-awaited new season of the beloved comedy series Arrested Development. Just this week, Netflix released a trailer for a new upcoming original series Ozark starring Bateman in an uncharacteristically dark role.

Ozark stars Bateman as Marty Byrde, a financial planner who flees the Chicago suburbs to go into hiding in a posh resort community in the Missouri Ozarks. Throughout the series, Bird struggles to maintain a semblance of normal family and professional life as he finds ways to repay a considerable debt to a Mexican drug lord. Laura Linney co-stars as Marty’s wife Wendy. The series was written and created by Bill Dubuque, director of the Ben Affleck crime drama The Accountant. Bateman will direct half the episodes.

The trailer shows the series to be dark both in tone and color palette, with abundant violence, shots of people counting stacks of cash, and a striking Kanye West soundtrack. “Look around you,” Linney’s character implores in the trailer, “this place is death.” While many of Bateman’s previous roles have been lighthearted, comedic affairs, the Ozark trailer shows the actor flexing his dramatic muscles. Plenty of comparisons between Ozark and Breaking Bad have already been made, but time will tell if Netflix’s series can hold a candle to the edge-of-your-seat grittiness of the legendary AMC series.

The first season of Ozark will consist of ten hour-long episodes, and is slated to be released on Netflix on July 21, 2017.