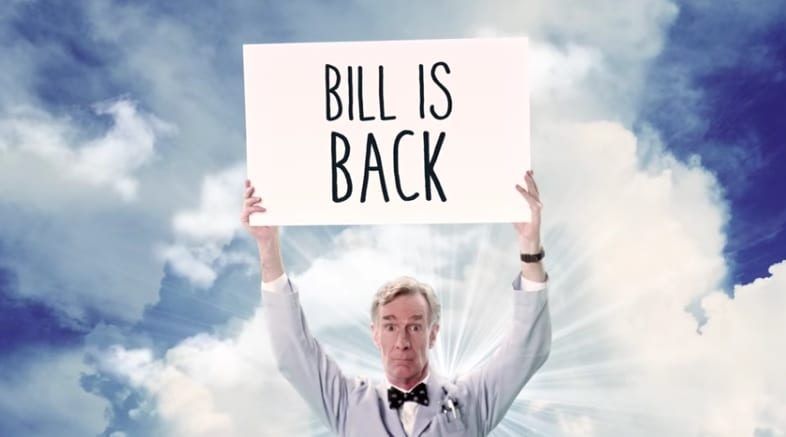 Netflix has been making headlines this year by cancelling some of its beloved original series much to their fans’ disappointment. In fact, Netflix CEO Reed Hastings stated publicly that he would like to see even more cancellations of Netflix original series. With all the talk of cancellations going around, it came as a surprise to hear that Netflix has decided to renew Bill Nye Saves the World for a second season in the wake of the series’ rather unenthusiastic reviews.

Netflix unveiled Bill Nye Saves the World earlier this year in hopes of capitalizing on millennials’ nostalgia for Bill Nye. 30-something Netflix subscribers remember Nye from his beloved Emmy Award-winning ’90s series Bill Nye the Science Guy, which was the highlight of many a middle school science class. Bill Nye Saves the World, however, wasn’t as well-received by that same audience.

Many viewers commented that the show had an inconsistent tone and that it was impossible to tell what particular audience the show might have been aimed at. Sure, the show features small tidbits of hard science, but the majority of the series is taken up with cheesy skits, interviews with non-scientist celebrity guests, and science experiments better suited to an elementary school science fair than a show purporting to save the world from the perils of climate change and anti-science fear-mongering. Actual science enthusiasts found the show too light on actual science content, while general viewers might find the show bland and uninteresting. Before Bill saves the world, he might need to learn how to save his own show’s ratings.

Nevertheless, Netflix and Nye will be returning for a second season. Nye made the announcement by posting a video to his Facebook page with the caption “Guess who’s back? Back again?” Nye posted a comment stating that “Saving the world turns out to be a big, complicated task, so we’re coming back for Season 2. We want people to view issues in our society through the lens of science and to be inspired and informed about the role it plays in our everyday lives.”

A release date for the second season has yet to be announced. Season one of Bill Nye Saves the World is available for streaming on Netflix.