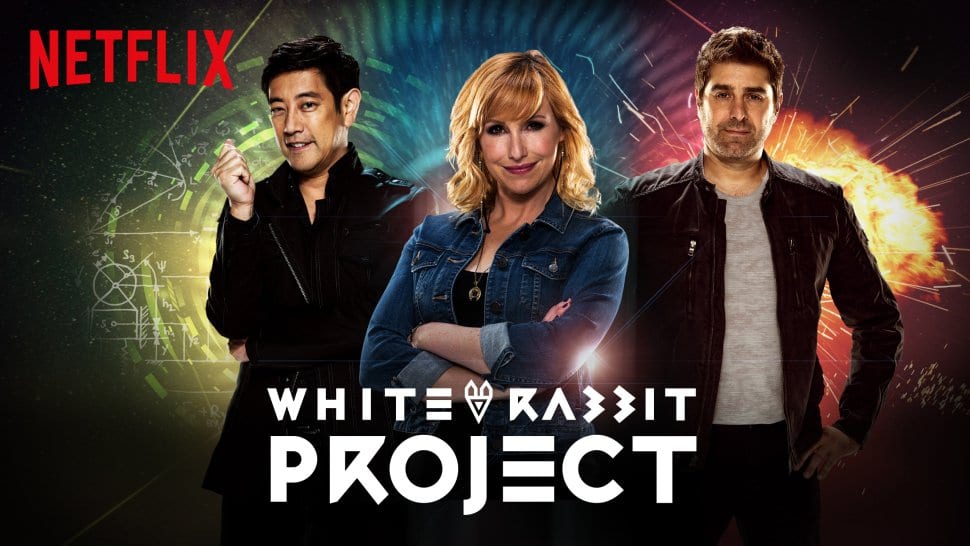 MythBusters fans were seriously bummed when the show wrapped up earlier this year, ending a 13-year run. It’s understandable that show hosts Adam Savage and Jamie Hyneman would want to move on after a decade and a half spent putting myths to the test, but the passing of a TV institution was still a sad thing. Now the MythBusters legacy will continue on Netflix with White Rabbit Project.

So what’s the White Rabbit Project all about? Like its predecessor, White Rabbit will have Belleci, Byron, and Imahara using their skills to investigate and test diverse subjects, which Deadline describes as ranging from “superpower technology” to jailbreaks or bizarre world war two weapons. The “White Rabbit” in the title comes from the notion of “going down the rabbit hole.” Like MythBusters, the new show will tackle subjects mined from pop culture, science, history, and more.

White Rabbit Project should make a good pairing with Netflix’s recently announced Bill Nye talk show that’s premiering in 2017. Bill Nye Saves the World will have the science advocate and former kids’ show host exploring “the intersections of science, politics, society, and pop culture.” Both it and White Rabbit Project should fill a gap left by MythBusters — encouraging passion and enthusiasm for science literacy. That’s the sort of thing that could literally save the world.

White Rabbit Project won’t hit the streaming service until December. In the meantime, anyone hoping to fill the time with a MythBusters marathon will have to turn to Hulu instead. The Netflix competitor has seasons 10 – 17 available for streaming.