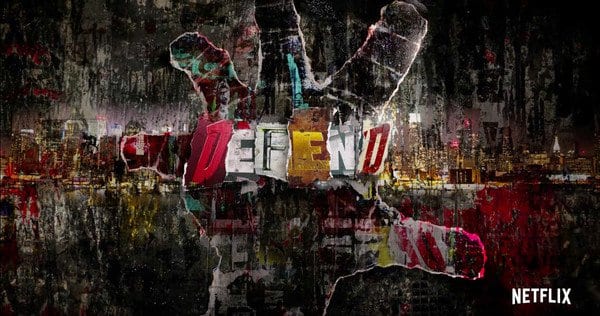 When Marvel and Netflix launched Daredevil in 2015, they had a huge game plan. Four interconnected series — Daredevil, Jessica Jones, Luke Cage, and Iron Fist — all culminating in the team-up miniseries The Defenders. It would be a small-screen version of Marvel’s big-screen “Phases” that culminated in the Avengers movies. Now Marvel has officially confirmed that the Defenders miniseries will clock in at eight episodes, and revealed who will be directing the first couple of episodes.

TV director S.J. Clarkson (Jessica Jones, Orange Is the New Black) will helm the first two episodes of The Defenders when the limited series premieres in 2017. In addition to her work with Netflix, Clarkson’s resume includes HBO’s Vinyl, A&E’s Bates Motel, and Showtime’s Dexter. Her landing the gig is part of an admirable commitment to director diversity among the Netflix/Marvel shows — Jessica Jones‘ second season will be directed entirely by female directors.

In a statement, Marvel’s Head of Television and Executive Producer Jeph Loeb said, “S.J.’s take on the material is outstanding. We loved her work on Marvel’s Jessica Jones and couldn’t think of a more talented and accomplished person to helm the first two episodes of Marvel’s The Defenders.

Concrete details about The Defenders are few and far between at this point. We know that the leads from each of the four Marvel shows will reprise their characters: Charlie Cox as Matt Murdock/Daredevil, Krysten Ritter as Jessica Jones, Mike Colter as Luke Cage, and Finn Jones as Danny Rand/Iron Fist. Marvel also announced recently that the legendary Sigourney Weaver has also joined the cast — and rumors suggest she will be playing the as-yet-unidentified villain of the series.

Next year will mark the first time Marvel and Netflix premiere three new series in the same year. In addition to Iron Fist (which premieres March 17, 2017) and The Defenders, the Daredevil spinoff The Punisher, starring Jon Bernthal, is also set to debut next year.