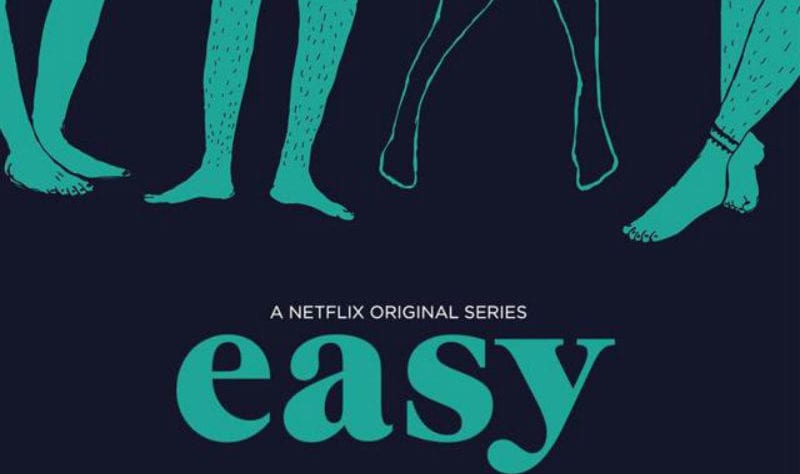 Netflix original series Easy shows the streaming service isn’t afraid to push the envelope with its original series. Because Netflix doesn’t depend as much on corporate advertisers as traditional television networks, Netflix showrunners can occasionally get away with more risque content. Easy is a no-holds-barred anthology which tells the interweaving stories of singles and couples enmeshed in complicated relationships in Chicago. The show manages to imbue the thorny struggles of dating, marriage, and sex with an honest, true-to-life sense of humor.

Easy was released as an eight-episode anthology on September 22, 2016, and fans have been eagerly awaiting more ever since. Luckily for them, casting calls and public notices have appeared around Southside Chicago which indicate season two of Easy is underway. Chicago neighborhood news outlet DNAInfo reports that notices were posted on Wolcott Avenue in the Bowmanville neighborhood which seeks “‘authentic people’ to play hipsters for ‘coffee shop, record store, bookstore scenes’ and females of ‘all ethnicities’ to portray burlesque class students — ‘some ability to dance/move your body’ required.” A similar casting call appeared on ProjectCasting.com stating that “Netflix’s Easy season 2 is now casting actors, models, and talent to work on scenes filming between April 4th through April 7th in Chicago, Illinois.” 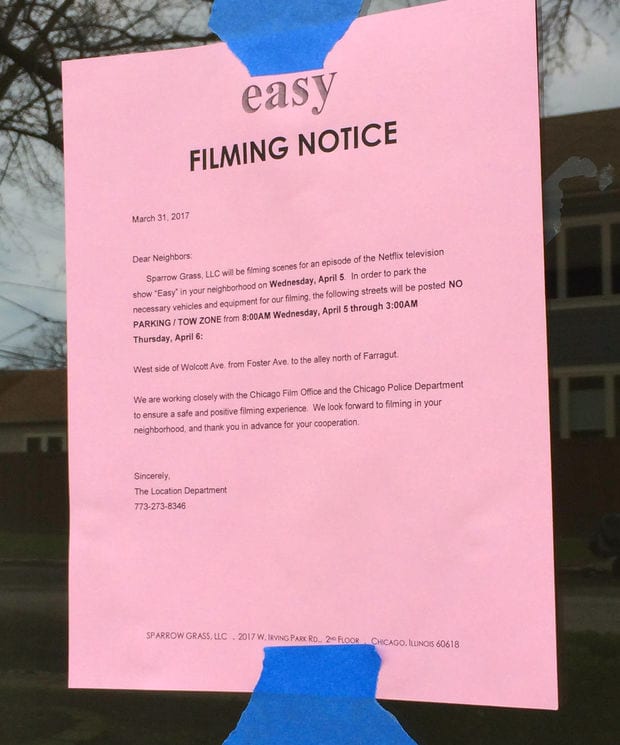 Easy has resonated with Netflix’s millennial audiences who find the show to be an accurate portrayal of dating and sex in the post-Facebook era. Rotten Tomatoes gives the series a 94% rating, with a critics consensus stating the show “encapsulates the exploration of gender roles, love and family in true fashion” Variety writes that Easy “offers bewitching intimacy to eight occasionally overlapping private lives […] with conversations and, perhaps more notably, sex scenes that feel raw, unmediated, and authentic.’

However excited this casting might make you for season two of Easy, a release date has yet to be announced. All the more time to re-binge season one.