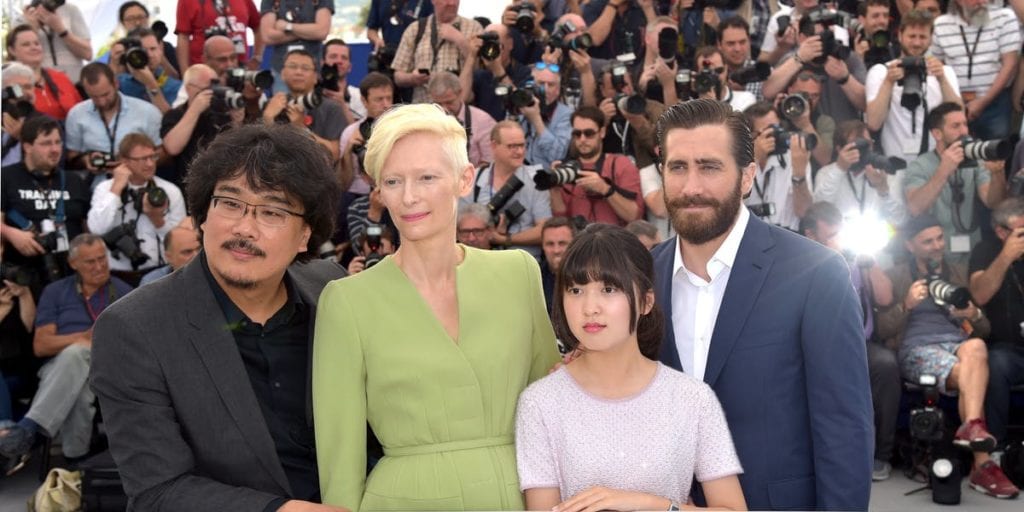 Bong Joon-ho, left, and the cast of Okja.

Netflix made waves throughout the cinema world last earlier this year when it submitted two original films for screening at the Cannes Film Festival: Noah Baumbach’s family The Meyerowitz Stories and Okja, a science fiction/fantasy tale directed by South Korea’s Bong Joon-Ho. While the premiere of The Meyerowitz Stories went smoothly and gained critical praise, the premiere of Okja was seemingly sabotaged due to controversy stemming from Netflix’s bending of French film festival rules. Okja was initially screened in the wrong aspect ratio, causing the crowd to boo and jeer until Cannes technicians corrected the issue. Now, it seems Okja‘s problems have gotten worse.

Netflix and Okja‘s production team were hoping for a successful release in South Korea, from where the film’s star and director both hail. However, Variety reports that the release of Okja has been blocked by the majority of South Korean theaters due to conflicts over distribution laws. In South Korea, films typically must wait three weeks after their theatrical releases before they can appear on streaming services. Netflix, however, planned a simultaneous theatrical and streaming release for Okja. That move made Lotte Cinema, Megabox, and CJ CGV, Korea’s three highest grossing cinema chains, to cancel screenings of Okja in response.

Netflix is currently seeking alternative avenues to pursuing their planned simultaneous release, but with Lotte, Megabox, and CJ CGV controlling some 93% of South Korean theaters, Netflix might see a much smaller theatrical release in Korea than it had hoped. In wake of this setback, many observers are beginning to note that Netflix has suffered a recent string of cancellations and bad news. Do all of these setbacks signal a change in Netflix’s fortune? Let’s wait and see after they release season two of Stranger Things.