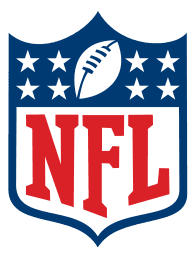 Last year, the National Football League streamed three of its regular season games that were played in London in an effort to build a larger international audience.

That won’t be the case for the upcoming season.

The NFL has opted to focus its streaming strategy through Thursday night games on Twitter after striking a deal with the social network last month, according to a Fortune report.

“When we discussed potential streaming packages with interested parties, there were many options on the table, including the London games,” an NFL spokesperson told Reuters. “Ultimately the package we agreed on with Twitter involved ten of our Thursday night games which we felt was the best option at that point.”

The NFL has been experimenting with its streaming strategy as more consumers ditch their traditional pay TV subscriptions for cheaper options online. Last year, 1 million people canceled their cable or satellite subscription service.

The deal with Twitter is interesting. Streaming rights aren’t as attractive for media companies like Twitter or Facebook because the way NFL games are monetized — through national advertising — is still mainly retained by CBS and NBC, who hold the rights to those ads and the money it creates.

For Twitter, the $10 million deal is all about gaining new users. As for the NFL? Perhaps a more in-depth second-screen experience that could create more online chatter about a Thursday night game that is typically reserved for bottom feeder teams.