Our Souls at Night: First Look at Redford and Fonda in Netflix Drama 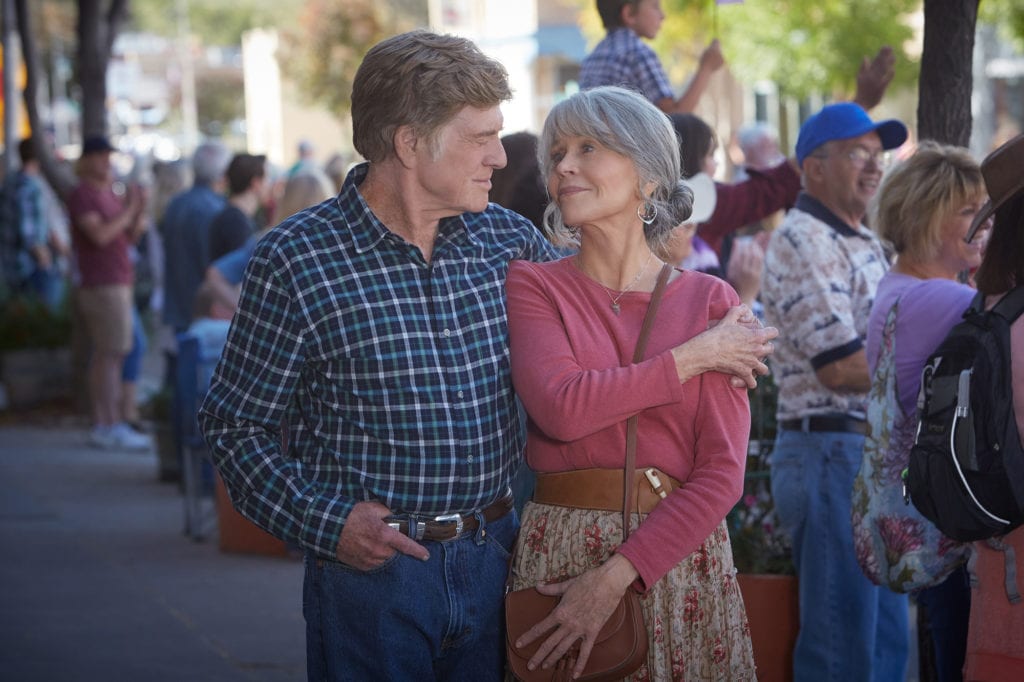 Netflix will be unveiling some serious star power in 2017 with their upcoming original film Our Souls at Night. The drama will reunite stars Robert Redford and Jane Fonda, bringing them together onscreen for the first time since The Electric Horseman, way back in 1979. Our Souls at Night doesn’t have an official release date yet, but Netflix has served up a first look at the pair together in the promotional still up top.

Redford and Fonda play Louis Waters and Addie Moore, respectively, a pair of longtime Colorado neighbors who connect unexpectedly late in life. In spite of living so near each other, Louis and Addie have never really gotten to know each other, but that begins to change one day when Addie unexpectedly pays him a visit. With their children distant and their spouses long since passed, Louis and Addie spark up an unlikely friendship that could become something more.

Our Souls at Night is based on the 2015 novel by Kent Haruf. Scott Neustadter and Michael H. Weber (The Fault in Our Stars) adapted the book for the screen, and BAFTA-nominated director Ritesh Batra (The Sense of an Ending) is at the helm. Sadly, novelist Haruf didn’t live to see this adaptation of his work — he passed away in 2014.

Fonda is, of course, no stranger to Netflix. Along with Lily Tomlin, Fonda stars in Netflix’s comedy series Grace and Frankie, which has been renewed for a third season.

Our Souls at Night is just one gem among many for Netflix’s upcoming development slate of original films. They’ve got a drama directed by Angelina Jolie (First They Killed My Father), a trippy-looking sci-fi thriller from Moon‘s Duncan Jones (Mute), and a war-comedy starring Brad Pitt (War Machine)…and that’s just skimming the surface. With deep coffers and a continuing commitment to original content, the Netflix machine isn’t likely to slow down anytime soon.

Our Souls at Night will release sometime in 2017.