The 4th of July is upon us, and while many of us will celebrate with some BBQ and fireworks, there’s another great way to honor the day — watching a patriotic movie. There’s no shortage of amazing films to get you in the mood to celebrate America’s independence, but did you know your favorite patriotic movie could be influenced by where you live?

Using data on the most popular patriotic movies of all time, we teamed up with the expert analysts at Mindnet Analytics and studied Google Trends to find out which patriotic movie each state was most obsessed with relative to other states. 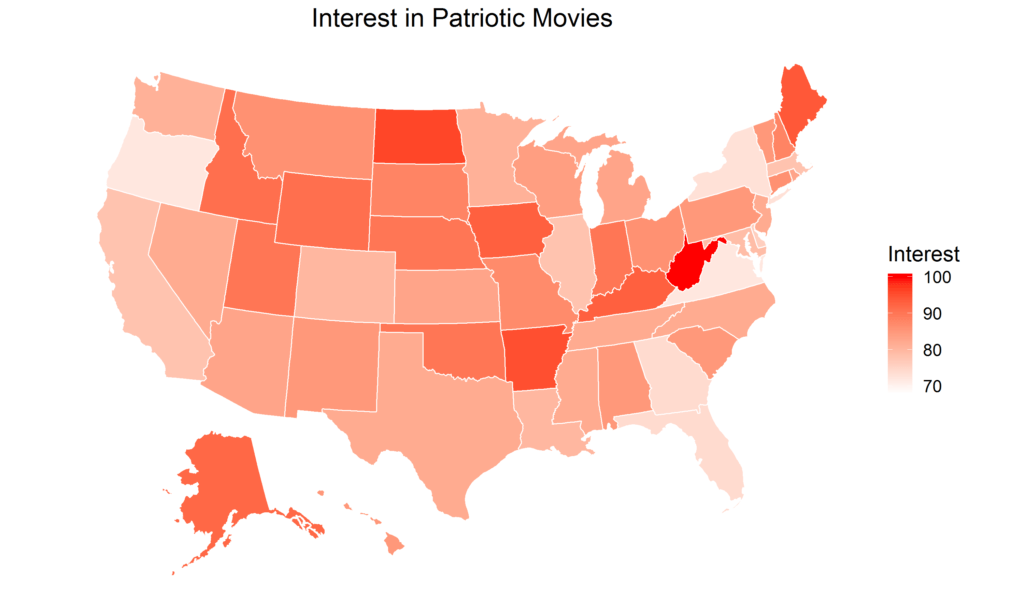 The Patriotic Movie Each State is Most Obsessed With

If you don’t want to use the map above, here are the findings in list form in alphabetical order: