Stranger Things has been riding a crest of insane buzz ever since it became a surprise word-of-mouth hit this past summer. That wave only got stronger after last week’s epic Super Bowl teaser and the reveal that season 2 would premiere this Halloween. And the news is only getting better, because it turns out season 2 will feature the talents of one very familiar name: Pixar’s Andrew Stanton.

Stranger Things executive producer Shawn Levy broke the news to Entertainment Weekly. Apparently, Stanton got hooked on the show just like the rest of us. Unlike the rest of us, he has the cachet to just get on the phone, call the production office, and get himself a job. Levy told EW:

Andrew called me out of the blue and said, ‘I love it. I would be honored to be part of it.’

According to EW, Stanton will be directing episodes five and six of Stranger Things‘ second season. The initial announcement teaser revealed that the titles for those episodes are “The Storm” and “The Pollywog.” Stanton will join a director’s line-up for the season that includes the show-creating Duffer Brothers, Rebecca Thomas (Electrick Children), and EP Shawn Levy.

Stanton has been with Pixar from the beginning, with a writing credit on every Pixar movie from Toy Story to Finding Dory (Brad Bird’s The Incredibles finally ended that streak). He finally stepped into the director’s chair with 2003’s Finding Nemo. He made his live-action directorial debut on Disney’s troubled (but possibly underrated) John Carter. He returned to the sea to write and direct last year’s Finding Dory. This is a guy who knows how to spin a good yarn and how to make that yarn work on the screen. He should fit right in when it comes to Netflix’s Stranger Things.

In the meantime, EW has also posted a ton of exclusive images from Stranger Things‘ second season. To see the rest, click over to EW. 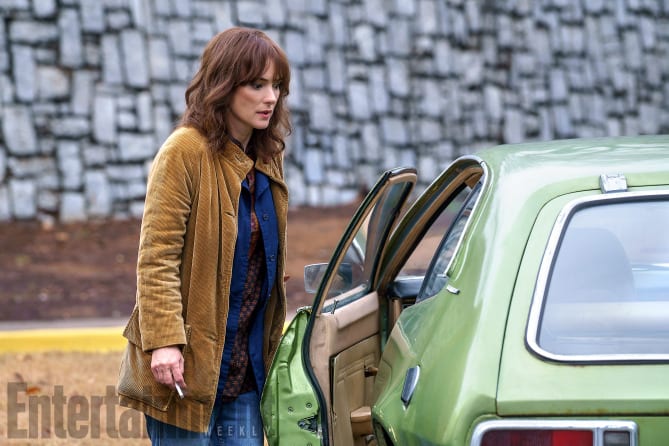