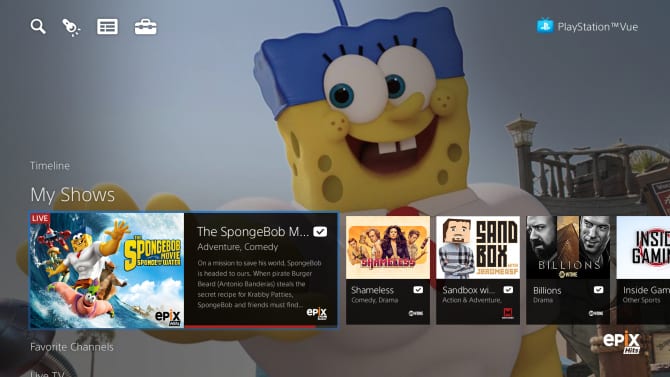 Recently, the PlayStation Vue app for Amazon Fire TV devices was updated with new enhancements, such as a new quick navigation menu, along with an update specifically for 2nd generation Amazon Fire TVs that brings 60 frames per second video output for great HD picture quality – a popular request from our fans.

While Vue initially launched with little fanfare, it has definitely made strides in recent months. Launching nationwide in March of 2016, PlayStation Vue initially suffered from lack of device compatibility. However, now Vue is available on the following devices:

Pretty much the only device not supported at this point that is worth mentioning is Apple TV, which Sling TV recently launched on.

Vue offers more channels than Sling TV does, although the package tiers cost a bit more. That said, it offers a cloud DVR, which is a must for many.

Of course, the name “PlayStation” is likely keeping a lot of people from looking into the service, as the brand name leads many to assume it’s a service you need a PlayStation for, which simply is no longer the case. It will be interesting to see how Vue competes with Sling TV over the next year.