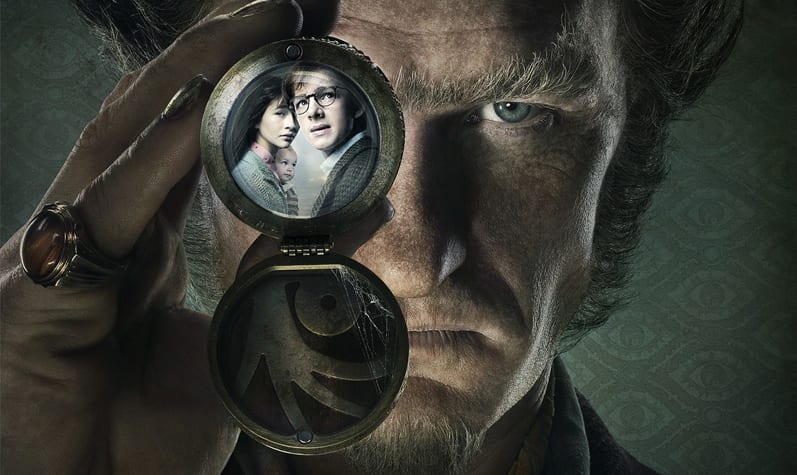 While you’re sketching out your New Year’s Resolutions for the impending annual rollover, make sure to include space on the list for a brief Baudelaire binge. This January Netflix will be premiering their new adaptation of Daniel Handler’s beloved young adult books, A Series of Unfortunate Events. The latest trailer is full of tragedy, murder, and ill fortune. It’s everything we’d hoped.

A Series of Unfortunate Events follows the woeful lives of the Baudelaire children — Violet, Klaus, and Sunny — orphaned at a young age after their parents die a mysterious death. They’re sent to live with their relative, Count Olaf (Neil Patrick Harris), a nefarious scoundrel who has less-than-benevolent intentions toward the children. The cast also includes Joan Cusack, Aasif Mandvi, Catherine O’Hara, Don Johnson, Alfre Woodard, and Patrick Warburton as Lemony Snicket, the fictional author of the real books, who serves as dour narrator of the show’s calamitous events. Check out the latest trailer, which seems to be channeling the best of Tim Burton.

Disguises. Secret organizations. Mysterious codes. Murder most foul. It all looks like a cracking good time, and fans of the books are likely to be pleased if the show lives up to the trailer. Lemony Snicket’s A Series of Unfortunate Events was developed for television by Mark Hudis, directed by Barry Sonnenfeld (The Addams Family), and the scripts were penned by the guy who literally wrote the books on the Baudelaires, author Daniel Handler. You’d be hard pressed to come up with a better team to bring the world of Unfortunate Events to life.

The eight-episode first season will adapt the first four books of the thirteen-book series, so there will still be plenty of material for future seasons. Lemony Snicket’s A Series of Unfortunate Events will debut on Netflix on Friday, January 13, 2017. It’s must-see TV…unless something dreadful happens to you before then.