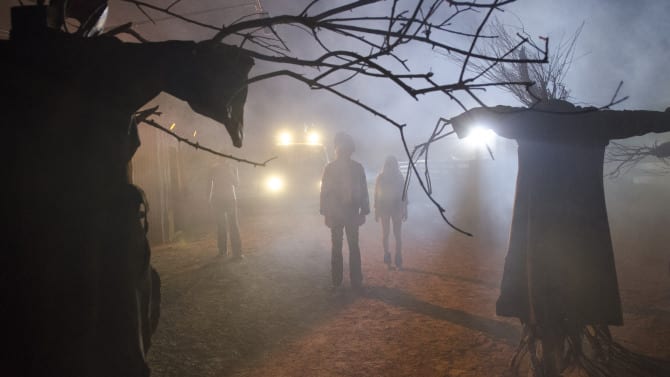 With the streaming landscape becoming ever more crowded, it’s increasingly important for any competitor to bring exciting original or exclusive content to the table. In an environment where Netflix is spending insane amounts of money to develop shows and films, you’ve got to have something to help people find you through the noise. Several smaller streaming services are taking the approach of specializing, such as the horror-based Shudder, which has just landed exclusive streaming rights to the latest flick from writer/director/rocker Rob Zombie.

Variety reports that Shudder will add Zombie’s 31 to their catalog in December, alongside horror classics such as John Carpenter’s The Fog and David Cronenberg’s Dead Ringers. Written and directed by Zombie, 31 is set during Halloween 1976 and follows a group of kidnapped carnival workers. After being attacked, the group finds themselves forced to play a game called “31,” defending themselves against murderous clowns with the goal of surviving a 12-hour period. The film opened in limited release last month, and now it’s going exclusively to Shudder.

Shudder is owned by AMC Networks, and is available both on the web and via compatible platforms such as Roku and other mobile devices. You can also add a Shudder subscription to your existing Amazon Prime service. A Shudder subscription costs $4.99 a month, which is a pretty good deal for what you get.

One of the cooler elements of Shudder is that the service organizes its content by theme. So, clicking over to the Shudder homepage, right now viewers can browse collections of films under headings like “Alien Intruders,” “Haunted Habitations,” and “Smart Slashers.” They also bring in various horror talents to curate collections — there’s one up right now from director Joe Dante (Gremlins, The Howling, The ‘Burbs).

Shudder also has other exclusive content, such as the French horror series Beyond the Walls, which is currently available on the service.