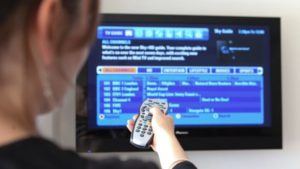 The biggest gripe for most cable subscribers is that they pay too much for too many channels that they never watch.

So, when the Canadian Radio-Television Telecommunications Commission (CRTC) required all cable operators to offer a “skinny bundle” of channels by March 1 for no more than $25 per month, the ears of those cable subscribers perked up. Even more so, the CRTC’s new regulation says that by December, cable operators also need a “pick-and-pay” option, which allows subscribers to essentially buy any channel beyond the basic bundle. Some providers, like Bell, have already started offering an a la carte menu.

Some called the legislation “game-changing.” And people in the U.S. were wondering if it would catch on here (to a certain extent, it has).

So, far though, Canadian cable customers are calling it the same thing they called their last cable subscription: A ripoff.

“Looked into all of them yesterday, a commenter told CBC News. “It is still a ripoff.”

According to the news agency, the cable operators — who must include a handful of required channels in their bundle — are “going out of their way to make the basic plan and added pick-and-pay channels as unattractive as possible.”

An anonymous Bell employee told CBC, “The company is just sort of giving the CRTC the finger.”

As more people begin to cut the cord, some thought the skinny bundles could save them from ditching a cable subscription altogether, but that may not be the case.

A recent Quartz report said skinny bundles aren’t a huge draw for Comcast subscribers, only making up a small percentage of its overall base (about 75 percent of subscribers make up higher-end bundles).

“The disputes and the custom-TV refresh suggests that cable providers and programmers need to work more-closely together to shape the future of TV. Their combined insights could create a clearer picture of what consumers want and are willing to pay for on TV, and how to best offer it to them.”

What is also going to be interesting to watch is what happens to cable networks who are left out of skinny bundles. That’s because those network networks’ revenue is based on how many households they reach. If skinny bundles grow in popularity, many of those cable networks are sure to be left behind.

“This is a more significant threat than the less pronounced reality of ‘cord-cutting’ for most networks,” Brian Wieser, a media analyst with Pivotal Research Group, wrote in a research note earlier this year, as reported by the International Business Times. “Cord-shaving disproportionately impacts networks that are either particularly expensive or which distributors are willing to go without.”

What’s unclear is if skinny bundles will buck the cord-cutting trend. According to a Nielsen poll, as many as 25 percent under the age of 50 in the U.S. plan to cut their cable TV service at some point this year.