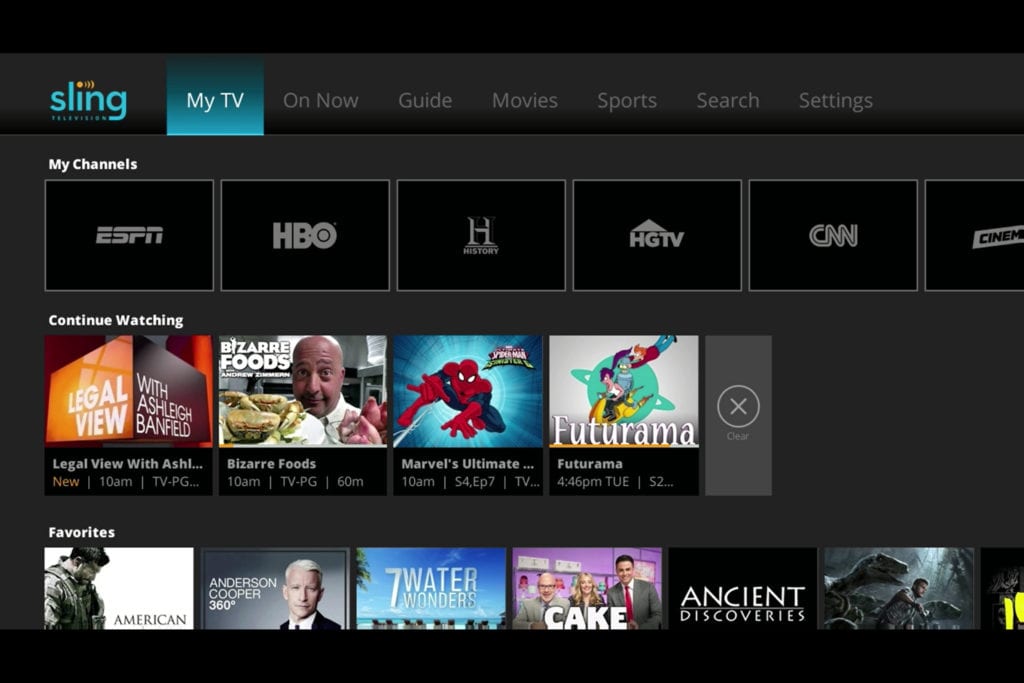 Sling TV subscribers got a little more flexibility this week when it comes to the service’s cloud DVR feature, as Sling added several new features and added support for one additional device.

On the features front, Sling customers can now record shows on any FOX family network, including their local station, Nat Geo, FOX Sports 1, and FX. Those network already have a robust on demand catalog, so if a user records a show that’s in the on demand library, they’ll be directed to the on demand version. This isn’t unusual, as all streaming television service DVRs are somewhat limited to what channels can be recorded due to rights issues. But it’s always good to see more names on the list.

Sling also added a device to the fold, as subscribers can now now schedule, edit, and watch their DVR recordings straight from an Xbox One device. That’s in addition to devices already compatible: Amazon Fire tablets, Amazon Fire sticks, and Amazon TVs, Roku streaming players and Roku TVs, Android mobile devices and Android TVs, and Apple TVs. The company noted that support for iOS, Windows 10, and AirTV Player devices should arrive some time in the next few weeks.

Also new is the option to permanently save a recording on the DVR. By selecting “protect” on a recorded show, that recording can never be deleted or recorded over as long as that Sling account is active. Users also now have the option to group recordings into folders. Viewers can set up, say, a “Game of Thrones” folder to dump every recording of that show in to, or set up folders for each member of a family so there’s no wading through shows you don’t want.

None of these features are really groundbreaking, but since DVR is one of the features people say they miss most about cable, it’s good to know streaming services are working to improve.