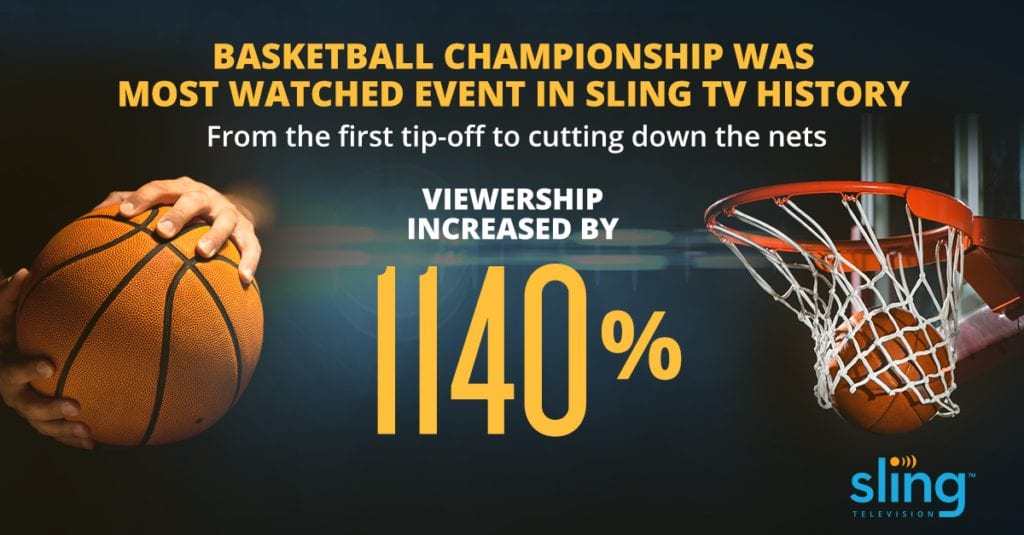 Officials from the streaming service said Monday’s electric championship game that saw Villanova knock of the University of North Carolina with a three pointer at the buzzer was its most watched event in Sling TV history.

Viewership increased 1,140 percent from the first game of the tournament to the end of Monday’s championship game. The company didn’t release how many people actually watched the game using the service.

Sling TV starts at $20 per month for access to about 25 channels. Since its inception in 2015, more than a half of a million people have signed up, according to data from SNL Kagan.

More evidence is found in the lack of viewership over traditional pay TV services during this year’s tournament. The UNC-Syracuse semifinal matchup averaged 12.9 million viewers across TBS, TNT and Tru TV, according to Nielsen data. That number is down 43 percent from a year ago.