It seems like we’ve been waiting four-hundred years for Star Trek: Discovery to finally warp into our galaxy. After the initial excitement from the news that Star Trek was finally returning to television, fans have been on a roller-coaster ride of anticipation and disappointment. There was the great news that Bryan Fuller (Hannibal, American Gods) would be serving as the showrunner. Then there was the massive letdown when he left the series. There were delays, rumors, curious character naming conventions, and then even more delays. But now, finally, after all this time, we have an official premiere date for this latest chapter of Star Trek.

CBS has announced that Star Trek: Discovery will debut Sunday, September 24 on the CBS network. Both the first and second episodes will immediately be available streaming on the CBS All Access service. The remaining episodes will post on All Access each Sunday thereafter.

However, Discovery wouldn’t be Discovery if there wasn’t some bad news to go along with the good. Some fans will likely be irritated that Discovery won’t be throwing the whole first season up on All Access that very night, following the binge-friendly model Netflix uses. But there’s a bit more sour to go along with the sweet. Deadline reports that CBS will be splitting the 15-episode first season in half. Episodes 1 – 8 will air from September 24 through November 5. The Discovery crew will then take a bit of a vacation, returning for the back half of the episodes beginning in January 2018. 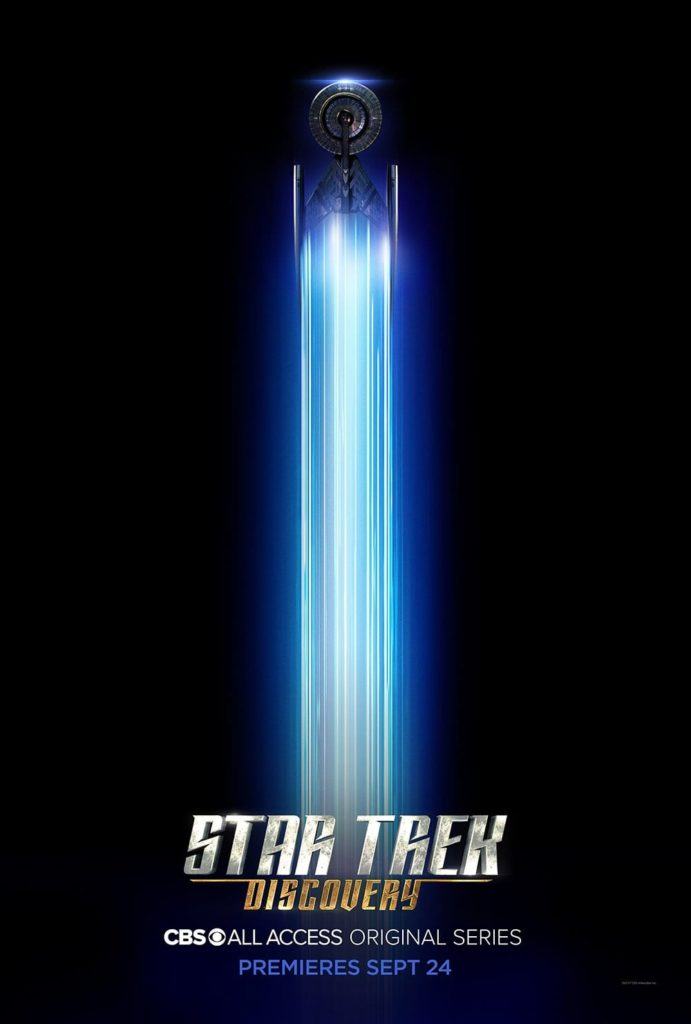 Putting the second episode up immediately on All Access is a smart move on CBS’ part. However, it remains to be seen whether the decision to make Discovery an All Access exclusive will backfire or not. There are certainly plenty of fans out there eager for more new Star Trek. However, many of them have felt alienated by J.J. Abrams’ less cerebral, more action-oriented take on the franchise beginning with the 2009 not-technically-a-reboot. Combine that with Discovery‘s repeated delays, and the fact that the previous Trek TV spinoff, Enterprise, fizzled out way back in 2005, and it seems likely that even some die-hard Trekkers will adopt a “wait and see” philosophy. Discovery has to be good enough not only to win back the fans, but to convince them to pay for a CBS All Access subscription…as opposed to just pirating the thing. It’s a gamble, no question. Hopefully Discovery will pay off.

Set a decade before the events of the original Star Trek TV series, Discovery follows the journeys of the U.S.S. Discovery, NCC-1031. The Walking Dead‘s Sonequa Martin-Green as Lt. Commander Michael Burnham, who serves as first officer aboard the Discovery. Jason Isaacs stars as Discovery’s Captain Lorca, and Michelle Yeoh plays Captain Philippa Georgiou, who looks to be something of a mentor for Burnham. The cast also includes Doug Jones (Hellboy) as science officer Saru, Anthony Rapp as science officer Stamets, James Frain as Sarek, Rainn Wilson as Harry Mudd, and more.