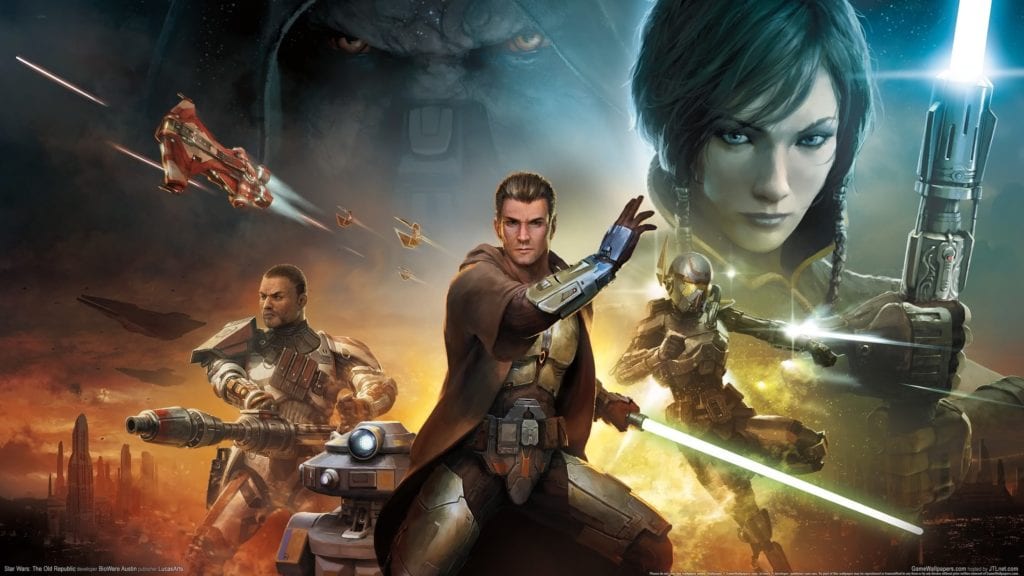 Star Wars is bigger than ever thanks to The Force Awakens, the upcoming Rogue One, and a revitalized and more closely policed cross-media canon. One thing fans have been clamoring about for years, but still haven’t gotten, however, is a live-action Star Wars TV series. There have been rumors for decades, but so far nothing concrete. Now a group of fans are petitioning Netflix and Disney to make a TV series set in the Old Republic era, some 3,000 years before the events of the original Star Wars film.

Although it explores events from centuries before Luke Skywalker was born, neophytes would still find The Old Republic very recognizable Star Wars. There are noble Jedi and evil Sith and wise-cracking smugglers a’plenty. The Old Republic has become a fan-favorite setting thanks to over a decade of video games, comics, and novels that have explored that corner of George Lucas’ expansive creation. There’s plenty of fodder to feed an ongoing TV show, and the folks behind the Change.org petition think Netflix is the perfect venue to explore it. The petition states, in part:

Why Netflix was chosen was because of the wealth of great content they have produced over the years, such as Narcos, House of Cards, and especially everything that Marvel has done and is still currently working on. Not only that, but Netflix can serve as a platform to tell these stories as they were meant to be portrayed: dark, foreboding, and a touch on the mature side. This can also give us fans our healthy dose of Star Wars while we’re waiting on the new movies or the new season of Star Wars Rebels.

It seems inevitable that fans will get the live-action Star Wars TV show they’ve been dreaming of eventually, regardless of when or where it’s set. Netflix definitely makes sense as one possible outlet. Disney has found enormous success in its crossmedia handling of the Marvel movies and films, and their revised Star Wars canon seems to be taking the same approach. Disney has a solid relationship with Netflix thanks to their line of Marvel shows beginning with Daredevil, and the streaming network offers more content freedom than a traditional network (like the Disney-owned ABC) would provide. A Netflix Star Wars show almost seems like a no-brainer, especially given how deep Netflix’s pockets are and how focused their are on developing exclusive content.

Many of the Old Republic stories were rendered non-canon by the Disney buyout and the new, pared-down Expanded Universe, but the online multiplayer game The Old Republic continues to spin new tales of the era through regular expansion packs, including the upcoming Knights of the Eternal Throne. Setting a show in the Old Republic era would give the show’s writers tons of storyline possibilities while also keeping the show sufficiently distant from the events of the films as to avoid stepping on each other’s toes.

Hell, the trailers for the Old Republic already tend to be brilliantly executed short films in and of themselves. It’s not hard to imagine this sort of thing expanding into a long-form series. Check out an epic cinematic trailer for the game’s upcoming expansion pack below.