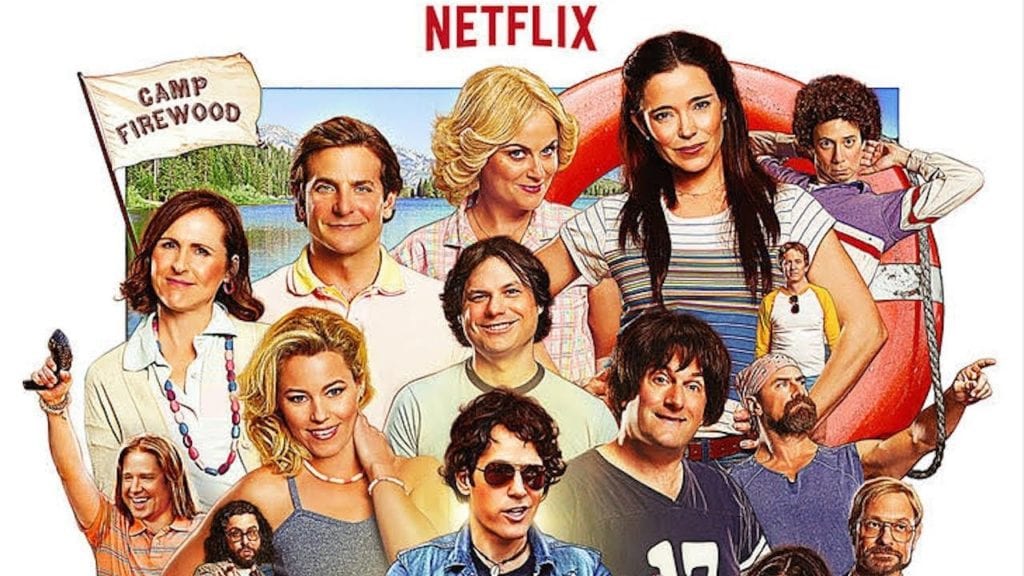 When Netflix resurrected Arrested Development a few years back, it was the beginning of a pattern of occasionally resurrecting wholly unlikely projects. The streaming giant tends to avoid the obvious, high-profile targets — Firefly remains dead — in favor of unexpected projects like The Killing, Longmire, and (possibly) Young Justice. Definitely earning a spot on that list of curiosities was Wet Hot American Summer: First Day of Camp — a limited series prequel to the 2001 cult hit comedy film directed by David Wain. The only thing more unlikely than a streaming sequel to a comedy from 14 years earlier? A follow-up series set after the original movie.

Courtney seems an odd choice at first. The Australian actor’s breakout role was on Starz’ Spartacus: Blood and Sand, playing the title character’s friend Varro. From there, he’s mostly been featured in action films, appearing in Jack Reacher, A Good Day to Die Hard, and then playing Kyle Reese in Terminator Genisys. This past summer, he appeared as Captain Boomerang in Suicide Squad. That flick did let him showcase some comedy chops, so maybe that’s what caught the Wet Hot producers’ eyes.

Courtney will be playing Garth MacArthur, whom Deadline describes as “a suave, indie movie darling who is about to become a household name.” He’s involved with Amy Poehler’s Susie and tags along to her reunion at Camp Firewood.

Next up is Freaks and Geeks alum Samm Levine, who is actually already a Wet Hot veteran, even though he’s never appeared onscreen in the franchise. He voiced Camp Firewood radio host Arty in both the film and the Netflix spinoff series, and in Ten Years Later he’ll finally get to show his face. Levine has appeared in tons of shows and films over the years, including Quentin Tarantino’s Inglourious Basterds. He’s also the co-host of the internet program Kevin Pollack’s Chat Show.

Last but not least, veteran actress Marlo Thomas will be appearing in Ten Years Later as Vivian, described by Deadline as “a woman with a mysterious connection to the past history of the camp.” That’s literally all we know about her role at this point, but Thomas is a longtime Hollywood pro whose filmography includes Friends, Frasier, and the lead role in the 1960s sitcom That Girl.

As the title suggests, Ten Years Later will see the cast of characters reuniting once again, this time a full decade after the events of the original film. This means the new series will be a sequel to both the original movie and the prequel series First Day of Camp, which came out 14 years after that film. At least now the cast will be slightly more believable as the ages they’re supposed to be playing, but not really.